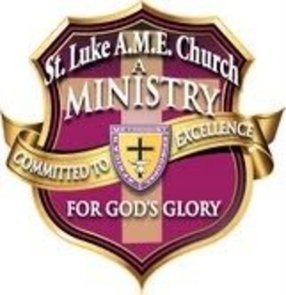 The Vision for St. Luke is to serve with the Spirit of Excellence. we are committed to provide excellence in all levels of ministry in order that individuals might grow, be enriched, and be blessed in all facets of their lives for God's Glory. 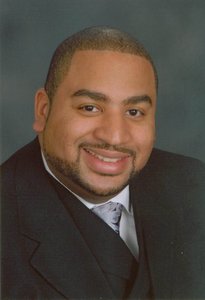 Rev. Marcellus Alexander Norris was born in Newark, NJ to Bishop Richard F. and Mrs. Mary Ann Norris. Rev. Norris accepted the call to preach on August 6, 1995 at St. Matthew A.M.E. Church, Philadelphia, PA, where then Rev. Richard F. Norris was the pastor. He preached his trial sermon on September 24, 1995 and received the license to preach on September 25, 1995. A third generation A.M.E. preacher, Marcellus graduated from Lutheran Seminary at Gettysburg with a Master’s of Divinity Degree. Pastor Norris began his pastoral journey in January 1997 as the Supply Preacher at Bethel A.M.E. Church, McConnellsburg, PA. In May 1997, he was assigned as the Pastor of Bethel A.M.E. Church, McConnellsburg, PA. At Bethel, Pastor Norris was able to increase membership and get the people to have an understanding of the A.M.E. Connection. In December 1997, while attending Shippensburg University, Pastor Norris was assigned to St. Peter’s A.M.E. Church, Shippensburg, PA. Under his leadership, Pastor Norris was able to purchase the new church edifice at 38 Stewart Place which included a parking lot and parsonage. He also formed 3 choirs and increased the membership from 14 to 91. In May 2001, Pastor Norris was assigned to Bethel A.M.E. Church, West Chester, PA. Under his leadership, he was able to increase membership and install Central Air Conditioning in the sanctuary. He was also able to increase the ministries of the church by forming the following: Women’s Choir, Youth Choir , Youth Usher Board, Women’s Fellowship Ministry, M.O.B. (Men of Bethel), and the Prison Ministry Outreach. In November 2003, Pastor Norris was assigned to Bethel A.M.E. Church, Byrn Mawr, PA. Many accomplishments were achieved namely: -Bought and paid for a new state of the art digital piano. -Reinstituted the Alcolyte Ministry. -Expanded the Music Ministry to include Drums and Bongos. -Installed New Sound System -Paved new parking lot for 10 additional spaces! -Bought, installed and paid for new windows in the community center! -Created Website for Bethel, Bryn Mawr. -Instituted the Norris Praise Team! -Installed New Flooring in the Hallways and Community Center! -Instituted 8AM Contemporary Service every 3rd Sunday! -Instituted the Dance Ministry! -Started New A-Frame Roof over Community Center In June 2007, Pastor Norris was assigned to Bethel A.M.E. Church, Norwalk, CT. At Bethel, the Praise Team was reinstituted. New ministries were formed such as the Unlimited Praise Dance Ministry, the Men’s Mime Ministry, Trinity Step Team, and the Bethel Drill Team. A new sound system was installed and Bethel was able to purchase a 47 passenger bus. Pastor Norris led Bethel in the renovation of the parsonage at a cost of $50,000. In June 2009, Pastor Norris was assigned to St. Paul A.M.E. Church, Cambridge, MA. Rev. Norris served for three years growing and invigorating several church ministries including the Young Adult Network, the Liturgical Arts and the Married Couples Ministries. Under his leadership, the church purchased a 25 passenger mini-bus, a four bedroom parsonage, upgraded and revitalized the computer laboratory and put into place Insource Services, a financial accounting service whose work results in stabilizing church finances and related systems. St. Paul also celebrated the 200th birthday of Bishop Richard Allen with a city-wide Block Party attended by St. Paul members and hundreds of Cambridge and Boston area residents. Coupled with Sunday afternoon radio broadcasts, the Block Party drew an increasing number of people into the St. Paul A.M.E. Worship Experience. On January 22, 2012, Pastor Norris was assigned to St. Luke A.M.E. Church, New York, NY. Rev. Norris came in and hit the ground running with a Vision and a Ministry of Excellence for St. Luke. Pastor Norris introduced to St. Luke, the “E” Factor, which constitutes the Principles of Excellence. Under his leadership, he was able to stabilize the finances of the church. Pastor Norris established a Discipleship Course to transform members into disciples of Jesus Christ. He also encouraged members to read the entire Bible by forming a Read through the Bible Group that will take people through the Bible in one year. Since St. Luke loves to travel the world to worship and evangelize, Rev. Norris challenged the congregation to ride in style by getting the people to agree to purchase a 25 passenger minibus. Rev. Norris has been married to Dawn Elizabeth Norris since 2002.