Helping bring in the harvest at home and around the world. Oklahoma City, OK 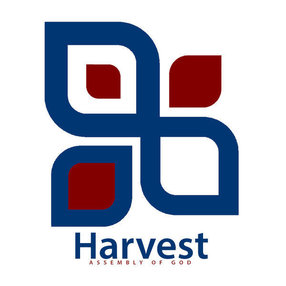 On June 10, 2007 we opened our doors at 40th and Pennsylvania under the leadership of Drs. Dan and Bonnie Sheaffer. It wasn’t our first time here and it wasn’t our fist time here under their leadership. We can’t tell you the story of where we are now without telling you where we’ve been.

It was in 1969 that Dan and Bonnie and their two children, Terri and Mike, first came to this location to pastor Oklahoma City First Assembly of God in what we now refer to as the “old church.” Their first week here the bank was measuring the property to begin the foreclosure process on the church facilities. It wasn’t long until that was quickly turned around and the current 1,200 seat auditorium was under construction and the doors opened in 1972. Again, in 1979 we were out of space and it was time to relocate. Construction was begun on Crossroads Cathedral on the corner of southeast 89th and Shields. It was an architectural feat in their day and was built debt free, another miracle!

Dan & Bonnie led the congregation into a world wide missions venture that is still mind boggling to this day. In 1982 the first trip to Malawi, Africa was taken and it was the beginning of a miraculous missions venture that is unheard of to this day from another local church. Over the next 25 years, annual trips were taken and churches were built to fulfill the vision in Pastor Sheaffer’s heart, that there would be 10% of this small African country of 10 million people come to know Christ and that they would have a church within walking distance of every person in the country. Today, there are over 1 million people who attend the more than 3,800 local churches that were built. Additionally, what many have called the finest Bible school on the continent of Africa was constrcuted to train ministers for pastoral ministry in Malawi and missions work in other parts of Africa.

For 37 years Pastor Sheaffer led the congregation at Crossroads Cathedral and under his leadership they saw lives surrender to Jesus Christ in almost every service. After trying retirement in 2007 for a short time, Pastor Sheaffer said, “I was called to preach!” And with that he and Bonnie returned to the former First Assembly of God location and started Harvest Assembly of God.

Pastor Sheaffer went to be with the Lord on September 2, 2010 and was soon followed in death by his lifelong sweetheart and wife of 60 years, Bonnie Sheaffer, on June 12, 2011. Their legacy lives on through the generous contributions to Christian higher education, missionary works around the world and relational investments into the people they pastored whose lives will forever be changed.

Today, the church is pastored by Mike and Starla Sheaffer and Co-Pastored by Travis and Rachel Jenkins. Terri and Gary King are vitally involved in numerous areas of the church and Terri serves as the church business administrator.

As always, our church’s efforts are focused not only on what we can do to bring in the harvest in our own community, but also to help bring in the harvest around the world! Harvest continues to be a world wide missions church having continued to build churches in various countries in Africa.