We are a 121 year old church of worship. We believe in worshiping God freely and openly with song and dance, and in truth. We welcome visitors of all denominations from all over the world. You will always find a home at St. Paul Baptist Church. So please join us!

What are services like?
The services are lively and focused on the worshipping God and giving him thanks for all that he has done, and continues to do for us. As a result, they are prayer filled, and filled with music, song and dance for some time, before the pastor gives his sermon. We open the service in praise and end in praise with a heart of sincerity and truth. During our "Welcome" song, we welcome the many visitors from all over the world that come to worship at our church. Stay tuned for our sermons and worship services to be posted on Youtube and Soundcloud. You can enjoy Gods word and our worship service at home!

What is the community like?
Warm, welcoming and loving. Most visitors enjoy our being welcomed into our house of worship, and many return again whenever they're in town.

What if I'm not a Christian?
We love you, look forward to meeting you, and welcome people from all faiths and beliefs. 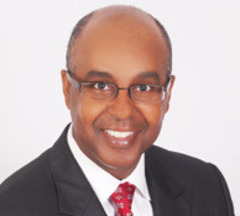 V. DuWayne Battle (Ph.D., Rutgers University, 2001) is the Director of the Baccalaureate Social Work (BASW) program on the Rutgers Camden and New Brunswick campuses and the head Pastor at St. Paul Baptist Church. Under his leadership the undergraduate social work program has more than doubled, making it one of the largest and most diverse in New Jersey. Additionally, he serves as the faculty advisor for five student groups, including the Nu Omicron Chapter of the Phi Alpha Honor Society, the nation?s largest social work honor society. Dr Battle, who has traveled extensively speaking at conferences and providing training, is the program chair for the Southwestern Social Work Association. He is also on the NASW-NJ Committee on Diversity & Cultural Competency. His research interests include religion and spirituality and diversity and oppression. He has published in the area of religion and spirituality and is presently working on a project developing measures to evaluate courses on diversity, oppression, and social justice in schools of social work. Dr Battle is an advocate for increasing accessibility for people with disabilities, and he is leading an effort to raise awareness about domestic violence and $100k for the Krystal Skinner Memorial Scholarship Fund. SELECTED RECENT PUBLICATIONS: Battle, V. D. (2003). Just James: 12 Keys to Living the Good Life. Largo, MD: Christian Living Books, Inc. Battle, V. D. & Idler, E. L. (2003). Meaning and Effects of Congregational Religious Participation. In M. A. Kimble & S. H. McFadden (Eds.), Aging, Spirituality, and Religion: A Handbook, Volume 2, (pp. 121-33). Minneapolis, Fortress Press. Battle, V. D. (2003). Four Windows and an Altar. Minister, 26(1), 3-5. Battle, V. D. (1987). The Influence of Al-Islam in America on the Black Community. Lincoln Review, 8(1), 65-77. Battle, V. D. (1986). The Seamless Garment. The Shaw Divinity School Journal, 1(1), 32-35.