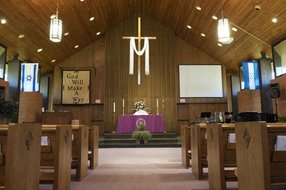 St. Paul Westport is a remarkable congregation where the traditional, contemporary, sacremental and spirit-filled converge. We are a church that actively works TO KNOW CHRIST AND TO MAKE CHRIST KNOWN as exhorted to by the Apostle Paul (our namesake) in Ephesians 4 ”…to equip the saints to build up the body." Just as Paul received this direction from the Lord Jesus and passed it on to the early church, so we also are encouraged to build up the present day church. St. Paul Westport is a modern day Antioch church, seeking to do the Jesus’ work today by feeding the poor, taking care of widows and encouraging the lost to find Him. At our very core is our whole-hearted belief in the Great Commission of Matthew 28.

We have also been blessed with a heavenly directive to be a HOUSE OF HEALING. The scriptures (Acts 10:37-38) tell us that when Jesus came up out of the Jordan River, he immediately began a ministry of doing good deeds and healing people of their physical, emotional, social and spiritual illnesses. We believe that as the Body of Christ, we are to continue Christ’s ministry today. St. Paul Westport offers a healing touch to everyone who comes broken and desiring of Jesus Christ. 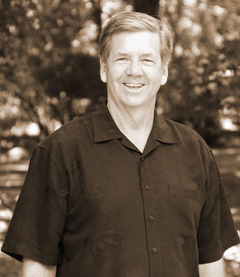 I was raised in Texas, where I grew to love the outdoors and wonderful life that defines the Lone Star State. My early years were filled with hunting, fishing and camping (Eagle Scout). Eventually, I received a Bachelor’s Degree in Sociology from Baylor University in 1971. My next step in the educational process was to attend Concordia Theological Seminary in Springfield, IL. I believed that God placed a call upon my life to proclaim His love to the world. Indeed, after receiving a Master of Divinity in 1976, God began to open doors for me to take His Message to the nations. As part of my five year seminary experience, I spent a graduate year (1972-73) at the Theological Seminary in Oberursel, Germany. This was my first time to live outside of the USA. Shepherding is akin to wandering, and God placed me into my first church assignment as an intern (vicar) 1,980 miles south of Texas in Balboa, Panama where proclaiming Christ to spiritually hungry youths was my shepherding challenge (1974-5). Following my year in Panama, I had to return to the seminary for one more year of study. As an adventurist I decided to drive the 3000 miles to Texas in lieu of a flight. During the six week trip I was able to see the spectacular scenery of Panama, Central America and Mexico. Returning to my hometown, Waco, TX, I met my future bride, Rivers Hatchett of Houston, TX. We were married a year later and journeyed to my first church as an ordained clergyman—Gethsemane Lutheran Church in North Jackson, Ohio. After three years of church planting and building in Ohio, I felt God moving me into a new season of service and commitment. I left Ohio to serve as an active duty Navy Chaplain stationed at the US Naval Hospital in Philadelphia. As a hospital chaplain God taught me about His great compassion for the lost, broken and seriously ill as well as serving under authority. During my tour of duty in Philadelphia, the Navy provided resources for me to continue my theological education for two years in a Doctorate of Ministry program at Eastern Baptist Theological Seminary in Philadelphia. My military career indeed fostered much travel during a 12-year military history. From hospital chaplaincy I served with the Pacific Fleet in Yokosuka, Japan on a guided-missile cruiser, the U.S.S. Reeves, as partner with the Midway Battle Group. I was called, “Chaps” to the outstanding men of the Reeves. After three years we moved on to the west coast, San Francisco Naval Base, reporting directly to the Chief of Chaplains as his recruiter in the Western Ten States: and finally called to the US Coast Guard Academy in New London, Connecticut where it was a privilege to oversee the spiritual foundation and growth of America’s fine young college cadets training for leadership and academic excellence in their military careers. I count it a great honor to have served God’s people in the United States military and the countless experiences gained from such a calling. I look back over those years with sincere gratitude of heart in meeting the spiritual needs of courageous and strong servicemen and their families who pay such heavy prices for the freedoms we are afforded in this great country of ours. I am indebted to all of those I met along the way. It was not until 1989 that I finally arrived at the position that the Lord had so uniquely prepared for me to hold through all my previous experiences—Senior Pastor at St. Paul Lutheran Church. When Rivers and I came to St. Paul Westport we knew that our travels were over and we were finally home. But even with that peaceful knowledge, the Lord had one more lesson for me. On May 7th, 2004, while speaking to 200 businessmen at a breakfast meeting, I suffered a cerebral hemorrhage that left my left side paralyzed. By God’s grace, I was miraculously healed three weeks later at a healing service, and since then, have been directed by God to bring His healing touch and salvation to all around the world. I serve and teach at St. Paul Westport most Sundays, but have traveled to over 50 countries on six continents teaching on healing and deliverance and witnessing the Power of God restoring broken lives. In many ways, it seems as though Rivers and I are just beginning our ministry!