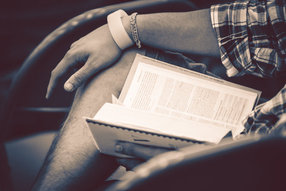 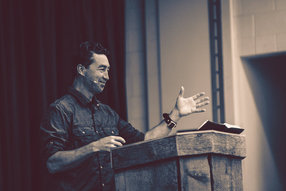 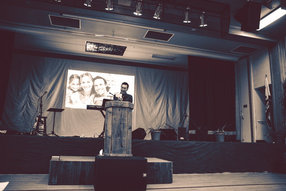 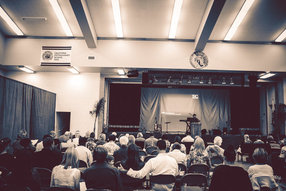 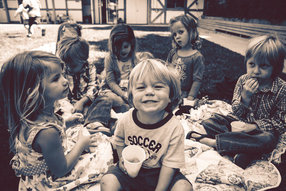 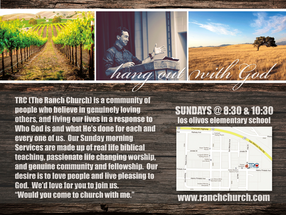 The Ranch Church is a community of people who believe in genuinely loving others. We want to live our lives in response to who God is, and what He has done for us. Our Sunday Morning Services are made up of real life biblical teaching, passionate life changing worship, along with genuine community and fellowship. Our desire is to live pleasing to God, and to help you enjoy Him.
We would love for you to join us
“will you come to Church with me?”

What are services like?
Our Sunday Morning Services are made up of real life biblical teaching, passionate life changing worship, along with genuine community and fellowship. They're casual and yet upbeat, and you'll feel welcomed right away. The Music is contemporary from week to week with a full band and once a month we drop it down to a more acoustic feel but still just as powerful.

What is the community like?
The church community is great now and continually growing. We have Men's groups, Men's Bible Studies, Women's bible studies, youth nights, and ministries for children and mothers. More and more ministries are starting and evolving so you'll definitely find a group of people in our church community who you'll closely relate and want to do life with.

What if I'm not a Christian?
That's totally cool! Our heart here at The Ranch Church is that everyone no matter what walk of life they're from, no matter what race, what age, no matter where they are in their relationship or journey with the Lord, everyone would come here and feel free, unjudged, and unconditionally loved. We understand and strive to genuinely love well and walk in grace knowing that everyone is on a journey with the Lord and all of us at one point or another were once living our own lives lost without Him. (Jesus) His grace is sufficient for each and everyone of us and we shout the truth that what He wants from you is not religion but relationship. Even if you're not a Christian, please come! 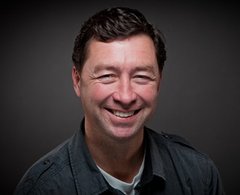 Email: [email protected] Born in Arecibo Puerto Rico, and the son of immigrants, Rick Soto arrived in Los Angeles as a baby, and stayed in L.A. until he left for college. His folks enjoyed some interesting jobs upon their first arrival, with his dad parking cars and working at Dodger stadium just to pay the bills. After years of hard work, his parents would land a variety of management jobs. His parents instilled an entrepreneurial spirit in him at a young age. To help make ends meets, and have a little extra for the fun stuff of life, his parents ran their own clothing store at the Roadium Swap Meet. Going with Dad on weekends to physically set things up, as well as learning to count the money and barter with customers, became lifetime lessons on hard work and perseverance that have served him well. As a boy Rick would find himself in Catholic schools thinking occasionally about God, but in reality living like He was not there. Junior and early High school years brought out his dark side. The seeds of rebellion almost took root, and were it not for stubborn parents, some good friends and a new found love, the game of football, Rick might have fallen into real despair. During the later part of high school, Rick took to the gridiron with real enthusiasm. Junior College allowed him to play an additional two more years, with his dream of playing professionally coming to an end at San Diego State. Rick affectionately calls his tenure at San Diego State the days of great contradiction. Many great and wonderful experiences were offset with equally dark and life threatening moments. He began to become deeply disturbed with the trajectory of his life when he had the opportunity to join some fraternity brothers on a beer drinking road trip, only to find those same young men dead a few hours later. This led to a series a darker and at times more wicked behavior where the unholy trinity of sex, drugs and rock almost ruined him. As if these things were not a powerful enough elixir of wrong, he was very capable of lying and distorting reality just to suit his own needs. Rick gave his life to the Lord when the world renown evangelist Dr. Bill Bright asked him to give his life to Jesus Christ. The born again experience, something he still struggles to find words to describe, came with such power that Rick has never been able to stop talking about Jesus. After facing a real decision to work in the financial securities market and pursue a wealthy lifestyle, Rick would instead walk through some open doors of ministry and not look back. After serving more than a dozen years in the mission field, Pastor Ricky Ryan of Calvary Chapel Santa Barbara took Rick Soto under his wing, and gave him the opportunity to enter into Pastoral work. Seven years later the Lord would open the door for a new Church to be planted just outside of Santa Barbara in the gorgeous Santa Ynez Valley, and the Soto family, along with about a dozen others would labor to start it. Rick currently is the Pastor of The Ranch Church, and his main functions are the teaching/preaching of the Word of God, and the global vision of the Church at large. Rick and his wife Jane have been married for twenty years and are the parents of four great boys.