San Rocco Oratory is a "quasi-parish" of the Chicago Archdiocese. Unlike a regular parish, San Rocco lacks some services normally provided. For example, our religious education program usually takes place every two or three years, as preparation for confirmation and First Holy Communion. Although we have a finance committee, there is no parish council. San Rocco, however, has a regular Sunday Mass about 10 a.m., holyday Masses, baptisms, funerals, weddings, etc. We also have a hall, named after St. Anthony, for quinceneras, banquets, anniversaries, and other family celebrations. We also have a grotto, a soccer field, and ample parking. The liturgy itself involves much congregational singing, especially acclamations, litanies, refrains, responses, metrical Psalms, and a few hymns. The texts of songs reflects the theology of the liturgy, i.e., prayer to the Father through Christ in the Spirit. Very few songs are in the first person singular; we come to God within the family, within the Church, within the gathered community.

What are services like?
Sunday Mass usually begins a few minutes after 10 a.m.; the beginning can be delayed by confessions, as needed, or by music practice. The singing by choir and congregation is enthusiastic and full spirited. The Kyrie is regularly sung as part of the third penitential act. The Responsorial Psalm is always sung, with cantor and people. Sometimes, there is a Sequence, a hymn after the Second Reading. On special occasions, there is a longer Gospel procession, with incense. Usually, there is a hymn sung after the sermon, followed by the sung prayer of the faithful. During the preparation of the gifs and the collection, the congregation usually does not sing; the choir does. Except during Lent and at funerals, the Eucharistic Prayer is sung throughout, from beginning to end, as are the acclamations. The Great Amen is embellished, too. On Sundays, the Our Father is sung, with the following acclamation. During Communion, always given under both forms, the people usually sing a short refrain, such as Alleluia. There is no recessional song. During Lent and at funerals, the organ or piano is used only to support the congregation's singing, if necessary. The choir is especially good, singing a capella in four parts for several parts of the Mass.

What is the community like?
There is a good spirit of family in the Sunday gathering. People come early and often linger afterwards. It is rare that someone would leave before Mass is ended. We also have spaghetti dinners etc. in the St. Anthony Hall, every so often; these celebrations build up the community. There are relatively few younger people in the congregation. Most are middle-aged or older. There are perhaps 30 people or so who were born in Italy and know the Italian language. But we use English overwhelmingly, because that's the language everybody knows. There are a few Mexican-Americans with us, too, who are English-speaking. So, the Latin we use is usually limited to a few acclamations, etc. (Sanctus, Mortem Tuam, Agnus Dei) and choir motets. Some celebrations (baptism, quinceneras, funerals) are in Spanish when requested.

What if I'm not a Christian?
One has to investigate further. If you wish to become a Christian, you could certrainly visit on Sunday; but you should not profess the Creed, bring up gifts at the preparation, or receive Communion until you are baptized and confirmed. For adults, in the Catholic Church, in our Western tradition, we provide the RCIA, the "Rite of Christian Initiation of Adults," a period of perhaps a year in which you and others would gather to look into the faith and learn to pray. This RCIA should take place with others, in a group. At the end of this initiation, you would receive baptism, confirmation, and first Holy Communion, in the same celebration. However, if you do not wish to become a Christian, you are always welcome as a visitor. Normally, it would be good for you to participate in the first part of Sunday Mass, the Liturgy of the Word. You would leave, then, after the sermon, during the hymn that is sung at that time. 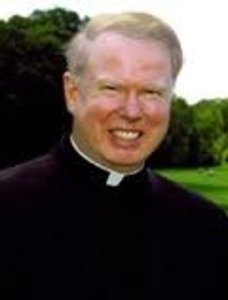