A United Pentecostal Church in the City with the Cities at hear! Saint Paul, MN 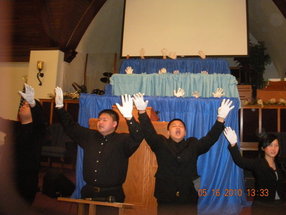 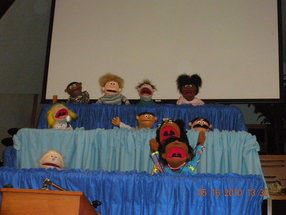 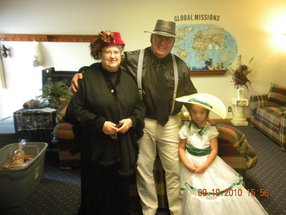 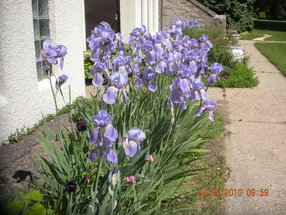 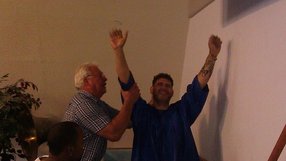 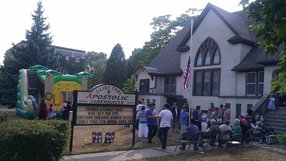 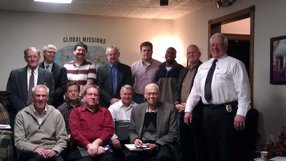 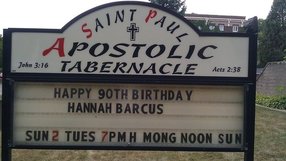 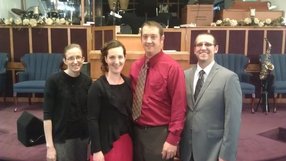 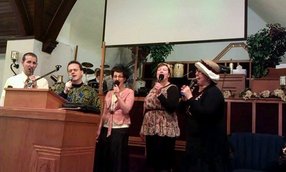 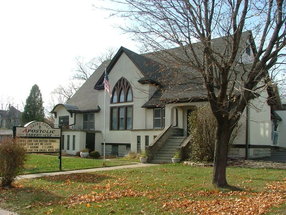 What are services like?
Lively! Emotional but balanced in music, worship, healings, teaching and preaching.

What is the community like?
Mixed - White, Black and Asian - Hmong service is at Noon and SS at 2 with English worship at 3 PM. We've adopted the Panda Bear as our mascot as it is white, black and Asian and very loveable!

What if I'm not a Christian?
You will be one of others who come and enjoy the services. When you are ready, we will pray with you to get closer to the Lord. We preach John 3:16 and Acts 2:38 for salvation. 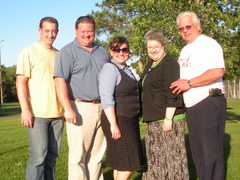 I am Roger Barcus, Senior Pastor of St Paul Apostolic Tabernacle, 207 Lexington Parkway North in St. Paul. www.stpaulapostolic.com I grew up in St. Paul graduating from Linwood Grade School in 1960 and Central High in 1964. I worked a year, and then went to seminary. I have been a full-time minister since 1969. After receiving my Bachelor of Theology degree from Apostolic Bible Institute in Oakdale, MN, I went on to Texas Bible College in Houston to receive my second ThB in 1969. I have been a traveling evangelist for seven years, a pastor of two churches totaling over 31 years, overseas missionary for four years. During this time I’ve preached in 48 states and 36 countries besides Alaska and Hawaii. On November 14th, 1970 I married Maurine Joy Smith who just retired from AFSCME as an Electronic Database Specialist and is the organist and secretary/treasurer at our church. In May 1971, as an evangelist, I proudly parked our first travel trailer, just 17.5’ long – the first week we had it - to one of three outside church faucets in West Frankford, IL, to hold a revival. We, unknowingly, drank old baptistery water all week! The baptistery had five inches of water left on Sunday when the pastor was going to baptize people. Maurine and I laughed and said “We fell like sinners”. Our first child, Jonathan, was born in 1972. We made an LP recording (a 12” CD for the younger set) of our singing and my trumpet playing. In 1973, I was offered the pastorate of Pentecostal Temple in Midland, Michigan. It was there that Stephanie was born in 1974 and Gregory, in 1976. Also, during this time, I was the Michigan Harvestime Radio broadcast director for nine years, held rallies all over MI and served on the Michigan District Board as Presbyter for four years. In May of 1984, I was appointed and that year left the church in Midland, MI and took my family on deputation. We traveled to 44 states and four provinces in Canada to raise 111% in one year. While overseas, several churches were started on three islands. I qualified for my private pilot’s license when I was in Texas in college and bought the only plane in Grenada, a1966 Cessna 172. I used this plane to “island hop” often to preach and teach and do radio broadcasts. Although I tried three times, I couldn’t buy insurance for the plane. After about a year, our 15 yr old son and I had to ditch the plane, which sank in two minutes, in 10,000’ of water. The electricity was off during a Sat. afternoon repair and thus there was no radio signal from St. Vincent where we were heading. I prayed after doing all I could and asked Jesus Christ where I should go. He said to turn left (which was the closest I’ve ever been to being a liberal) and then go straight. Three minutes later the second gas tank went dry and I looked down to see the first boat we had seen in an hour and fifteen minutes. We couldn’t land on St. Lucia as they told me they couldn’t find the man who operated the gas pumps. The Grenada airport staff thought we were dead and told that to my family. We were on the front page of the Pioneer Press/Dispatch twice: once when “dead” and once when found alive. Jonathan and I felt like Huck Finn and Tom Sawyer at their own funeral (so glad to see you alive and then – “HOW COULD YOU…”) We showed up two days later in Martinique seasick and back in our family’s arms after three. After our miraculous deliverance from the sea, we had record crowds in our churches and I continued to do the weekly radio broadcast in St. Vincent and several island newspapers had me to do weekly editorials. I have preached at church camp meetings and conferences in Michigan, Minnesota, New Brunswick, Pennsylvania, Indiana and Illinois. I was the Presbyter twice and Youth Camp speaker and director in Michigan and Camp Recreation Director at Camp Galilee on Grey Cloud Island in Cottage Grove, Minnesota for several years. God, with my family and I, founded Saint Paul Apostolic Tabernacle in 1990. I am the senior Pastor of “S.P.A.”, as it’s commonly referred to, which is located at 207 Lexington Parkway North in Saint Paul 55104, (651)-64God4U (644-6348). We have helped start three other churches in the metro area out of SPA. I’ve been the Minnesota Home Missions Sectional Director for six years, District Home Missions Director for two years, and Minnesota District Spirit of Pentecost Crusade Director (held in the Roy Wilkins Center) for two years and the editor of an eight page monthly publication, the Minnesota Messenger, for seven years. I am a Chaplain for the UPCI. My wife and I not only have three children, but five grandchildren as well. All three of our children live in the Metro area: 1) Hutchinson Lighthouse Pastor Jonathan (wife Teresa, Jay – 17 years, Emily – 14 years. He also plays the drums; 2) Stephanie is the music director and arranger, plays the clarinet in the church band, is one of the Worship Leaders and schedules those involved in our services. She is also on the Singles Board for the Minnesota District of the UPCI; 3) Gregory (wife Carolyn, Hannah – 7 years, Ava –5 years and Natalie one year), is the Director of the SPA website, Manager of the church computer and PA, builds from scratch and plays the bass, drums and saxophone in the church band. I have several classic cars, from 1938 to 1964, so in 1993 I started the Holy Rollers Christian Car Club which has cruises and picnics each summer. I built, with some volunteer help, a 38’x24’ garage with 13’ walls so a car lift could be used. (http://www.stpaulapostolic.com/holyrollers/index.html) I play the trumpet, alto sax and BB flat sousaphone at church. I did sing and play the trumpet in the Lex-Ham Community Band. (http://www.stpaulapostolic.com/events_lex_ham_band2.html) Our home mission church bought a church one block S of Central High where I graduated in 1964. We paid that off in seven years.