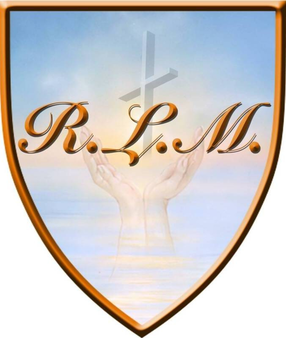 Restoring Love Ministries, Inc. is a non-denominational Spirit filled, Spirit led church located in West Palm Beach, Florida. We are a ministry that firmly believes in staying in-tune with the pulse of God and flowing with the Holy Spirit.

Here at Restoring Love Ministries our mission is simple: to restore God’s people back to a place of righteousness and holiness through His remarkably unfailing love. Our goal as a ministry is to be an example of God’s love in the earth by serving man-kind and enhancing our communities through the various ministries we provide. Please browse our website to find out more about our ministries and upcoming events.

Lastly, if you would like any additional information about our ministry, please do not hesitate to contact us. 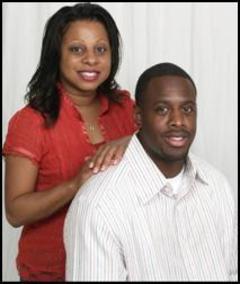 Pastor JR Gamble has not only maximized and excelled in what God has deposited in him but has also raised the bar for vision, leadership, courage, civic responsibility, ecclesiastical intellect, and compassion to new and unfathomable levels. After graduating from Spanish River High School in Boca Raton, FL, Pastor Gamble matriculated respectively to Santa Fe Community College in Gainesville, FL on an athletic scholarship to play basketball. He then moved on to Queens University of Charlotte North Carolina to continue his pursuit of the N.B.A while obtaining a B.A. in Philosophy/Religion. Additionally, he was honored as Conference Player of the Year, All American Honors and invited to the 2001 N.B.A. Draft. His commitment to the principles of higher education compelled him to pursue and earn an accreditation and ordination from World Christian Ministries. Pastor Gamble was born in Mobile, AL. He received salvation t the age of 16 and has been strong in his faith ever since. Pastor Gamble’s ministerial journey began in 1998 after being ordained and licensed in the gospel ministry under Elder Herbert Young, Pastor of New Jerusalem C.O.G.I.C. Pastor Gamble’s first Youth Pastorate was with his wife, Tamara, at Cathedral of Hope Ministries, Inc. in 2005 thru 2010. Mandated by God to “begin anew,” he and with his wife, in obedience to God, launched Restoring Love Ministries March 13, 2010. Pastor Gamble intensified his efforts of leading the lost to Christ and empowering the masses. They are also the proud parents of their sons, Elisha and Micah Gamble. Pastor Gamble is also a talented song writer/composer. Because of Pastor Gamble’s visionary leadership he also founded “A New Song Productions” Record Label. A few of his songs include ‘Survive’, ‘Change’, and ‘Nothing Without You’. He has a passion for helping people, especially young people, experience the power and majesty of God in their lives. The Palm Beach County Commissioner Addie Greene honored Pastor Gamble for outstanding community involvement in 2005. In the same year, he was awarded the Champion for Children’s award for being a Motivator, Educator, & Community Activist. It is his intention to share the gospel of the Lord Jesus and to help this generation experience God for themselves.