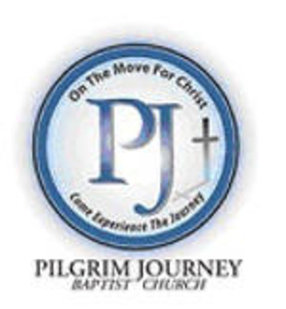 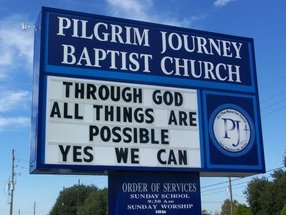 We are a church committed to worshipping and serving our Lord, and spreading the Gospel of Jesus Christ, beginning first in our church and then expanding our outreach to the community.

We invite you to join us at Pilgrim Journey Baptist Church. We believe you will find a warm fellowship of believers and a place where you can discover the gifts God has placed within you.

We extend an open invitation for you to fellowship and work with us as we continue to be, “On The Move For Christ”.

On behalf of the Pilgrim Journey Baptist Church Family we express our excitement in having you in our church as a visitor or member.

We welcome you with open hearts, love and Christian fellowship so you can... “Come Experience the Journey”. 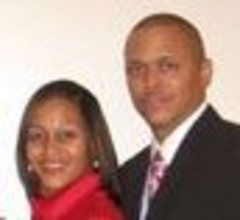 Pastor Robert Simpson Jr. and his sister Cathy were reared by two loving parents, Robert and Jewel Simpson. He was born in Galveston, Texas and at the age of six months, the family moved to Brooklyn, New York. In 1977, he and his family relocated to Missouri City, Texas. Pastor Simpson graduated from Willowridge High School in 1981 and continued his education at Prairie View A&M University where he studied Business Marketing and pledged Phi Beta Sigma Fraternity. He accepted his calling to the Gospel Ministry in 1997 at Mt. Pleasant Baptist Church. Under the leadership and guidance of Pastor Leroy Houston, he served as an Associate Minister for five years. While there, Pastor Simpson attended the College of Biblical Studies. It was there he learned the Principals of Teaching, Expository Preaching, and Biblical Methodology. In 2002, he and his family moved to Pilgrim Journey Baptist Church where he served faithfully as an associate minister for two years. In 2004, Pastor Simpson began his first year as Pastor of Pilgrim Journey Baptist Church. Since his tenure began, the attendance at Sunday morning worship services has increased from 48 to nearly 500 attendees and Bible Study has increased from 25 bi-weekly attendees to 150 weekly attendees. During this time, Pilgrim Journey Baptist Church has completed multiple physical building projects. In addition, Pastor Simpson has developed new spiritual programs including Strong Men for Christ, Young Men for Christ, Young Women for Christ, and a Pee-Wee Bible Study. Pastor Simpson's leadership is creative and innovative. His sermons and thought provoking Bible studies create a yearning for more of the Word of God. In his quest to continually educate the members, he has invited other noted Biblical scholars to address the congregation. Some of these speakers include J. R. Miller, F.D. Sampson, D.Z Cofield, Dr. Ralph Douglas West, and Pastor Walter August. Senior Pastor Robert Simpson, Jr. is an awesome man of God and you are invited to share the experience of his message. Please join us!