A Lighthouse In Our Community Chicago, IL

Vibe
Neighborhood-focused, Multigenerational, Down to Earth

What are services like?
Sunday morning (10:45 AM) worship is traditional with contemporary worship and songs blended in. Sunday evening (7:30 PM) is contemporary with a worship set and music. Both services are highlighted by an inspiring message rooted in the truth of God's Word. We desire to create a "Come As You Are" culture where all find unconditional acceptance and can live with authenticity toward one another. We know we're not perfect, but we're striving together to follow Christ right here, right now.

What is the community like?
Welcoming, Friendly, Informal, Imperfect

What if I'm not a Christian?
Questions are welcome, and we invite you to join us on your own journey of faith. Non-Christians are welcome to participate in all aspects of church life, but will be asked to refrain from taking communion, serving in certain worship service responsibilities or becoming members of the congregation in a formal sense. 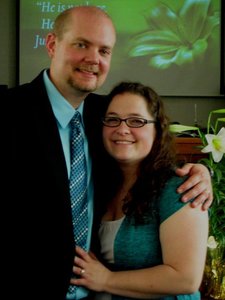 Jason Platt, Senior Pastor Pastoral Ministry: - Interim Pastor, MBC 2000 - 2002 - Student Pastor, MBC 2002 - 2010 - Senior Pastor, MBC 2010 - Present Education: - Bachelor of Arts, Pastoral Studies - Moody Bible Institute, Chicago, IL (2000) - Masters of Divinity, Pastoral Emphasis - Trinity Evangelical Divinity School, Deerfield, IL (2010) More About Pastor Jason: Pastor Jason grew up in Watervliet, MI where his family was and is very active at Midway Baptist Church. Upon his baptism at the age of 7, Jason felt a clear calling from God to full-time vocational ministry. During high school, he explored that calling through nursing home ministry, speaking engagements, youth group leadership, and mission trips to Japan and the Dominican Republic. After High School Jason attended Moody Bible Institute in Chicago, IL and graduated with a B.A. with high honors in Pastoral Studies (2000). As a student at Moody Jason spent 6 semesters of ministry with Montrose Baptist Church, assisting in the development of the Youth Bible Club, working with the children's Sunday school, and serving as pulpit supply. He completed his undergraduate internship at Midway Baptist Church and as a chaplain with Light Bearer's of Southwest Michigan. From 2000 to 2002, Jason served as interim pastor of Montrose Baptist Church in Chicago before being called to serve as lead pastor in 2002. Jason studied part-time at Trinity Evangelical Divinity School in Deerfield, IL and received his MDiv degree with high honors (2010). In addition to pastoring Montrose Baptist Church, Jason works part-time as a technical assistant at Willis Fine Art, Jewelry and Specie in Chicago's Willis Tower and teaches Physical Education classes at One Day Enrichment in Oak Park, IL. He cherishes time with his wife Tanya and children John, Emily, Kiley, and Karli. He coaches youth baseball at Dunham Park in Chicago and enjoys running, team sports, and travel. You can contact Pastor Jason via e-mail at [email protected]