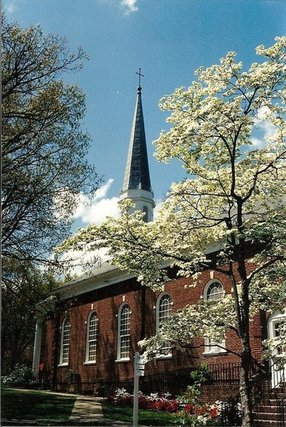 Our Mission- To Know Christ and Make Him Known.

The 9:30 a.m. service- The order of the service follows a traditional Presbyterian format which includes congregational responses, hymns, prayer, scripture readings, an anthem, a children's sermon, and a reflection on the scripture by the pastor. Music is provided by an organ and a choir. On certain Sundays of the year a bell choir adds to the beauty of the service as well. The sacrament of the Lord's Supper is celebrated on the first Sunday of every month at this service.
Children are always welcome in worship. The pastor includes a special message for the children in our worship service. A nursery is available during the service for the care of infants and toddlers. Children ages six and older are invited to participate in worship and to partake of the the Lord's Supper if they have been instructed in the meaning of the sacrament. The worship service is followed by Sunday School for all ages. 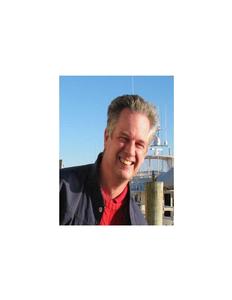 Richard “Dick” Mahlmann was born in Huntington, New York in 1951. He had an older sister (now deceased) and has a younger brother, David, who lives in Schenectady, New York. Dick grew up on Long Island where he learned to fish, swim, sail and generally have a good time on the water. His parents are retired and now live in Oriental, North Carolina. Dick is a lifelong Presbyterian. He was baptized in the First Presbyterian Church of Babylon, New York. When a new church development was planned for a neighboring community, Dick’s family went as part of the “seed group” which became the Westminster Presbyterian Church of West Islip. Dick remembers attending church services in those early days in a storefront (which was the only space available). He also remembers the groundbreaking for the first church building. As a child growing up in the church Dick attended Sunday School classes and Vacation Bible School and later participated in youth fellowship meetings and youth retreats. He vividly remembers the Easter Sunrise services that the congregation held on the beach overlooking the Atlantic Ocean. Looking back on it today, Dick traces his call to ministry to those formative years in the Westminster Presbyterian Church. Dick met Melodee after he had graduated from college and was doing an internship with a Presbyterian church in Romeoville, Illinois. They were married in 1975. Mel was born in Berwyn, Illinois and her family lived in and around Chicago before settling in Romeoville. She has an older sister, Judie and a younger brother, Frank. Mel’s dad is deceased, but her mother and the rest of her family still live in the Chicago area. Mel was a stay-at-home mom while the boys were young, but has since worked as a receptionist for an optometrist and as a bank teller. For the past eight years Mel worked as a circulation clerk at the Seneca County Public Library in Tiffin, Ohio. Dick and Mel have three sons. Their oldest son, Christopher, is married and is the director of a performing arts facility at the Mona Shores High School in Muskegon, Michigan. Their middle son, Patrick, lives in South Korea and teaches English at Hankuk University in Yongin. Their youngest son, Russell, is a sergeant in the U.S. Army. Russell has served in Iraq and in South Korea and is currently stationed at Fort Carson in Colorado Springs, Colorado. When their boys grew up and moved away, Dick and Mel became host parents to three foreign students, including two high school exchange students from Thailand and a college student from Turkey. They also adopted a Labrador retriever named Kona who will be moving with them to Richmond. Except for eight years living in the woods of Southwest Michigan, Dick and Mel have spent most of their married life in small towns in Ohio. They are looking forward to living in a more metropolitan area that offers shopping opportunities, medical facilities, a variety of restaurants and even a major airport. With family members in Michigan, Colorado, Chicago, North Carolina, New York and South Korea, Dick and Mel expect to be visiting the airport on a regular basis!