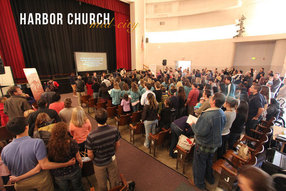 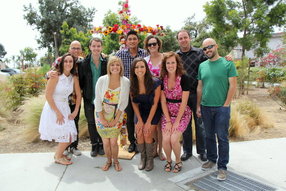 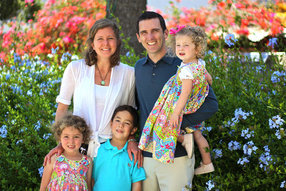 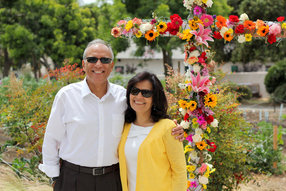 The story of Harbor Church is one that is best captured by using the metaphor of bridging. We live in a city of isolated, fragmented people who need to be reconnected (or bridged). In reality, the fissures began to form in our community long before we showed up on the scene, for the story that we find ourselves in is a very old one. Indeed, it stretches back to our most distant ancestors who spurned God's love and tried to overthrow Him (or be like Him). In doing so, they broke God's law and His heart, and the repercussions are still being felt today, for the consequences of their treason led to a corruption and distortion that settled over all the land, which is why we see such blatant racism, such intense social stratification, and such deep segregation among different cultural groups here in San Diego & Tijuana.

At Harbor, we are seeking to bridge these barriers of race, class, and culture through the gospel of Jesus Christ. The gospel of Jesus Christ is the glorious good news that a bridge was formed between God and man through the perfect life of Jesus Christ, a life He willingly laid down for all those who put their faith in Him. In one glorious moment in history, grace took on flesh in the person of Jesus and made a way for a people who were formerly cut off from God to enjoy Him once again. And He didn't just make a way for one racial or ethnic group. Instead, He tells us in Rev. 7:9 that the family of God will one day consist of worshippers from every nation, tribe, people and language. If this is what the Church will be like one day in heaven, then we are convinced that we should get as close to that here on earth as it will be in heaven one day. At Harbor, we are begging God for a foretaste of the glorious diversity represented in Mid-City to be manifested in our church, and in doing so, we trust that a little slice of heaven will be ours here on earth.

Thankfully we join in this story with a much larger group of people and churches who are involved in this work of bridging. We have brothers and sisters at Harbor Church meeting in other parts of the city (see www.harborpc.org ) who are joining with us in overcoming the barriers that are separating us from one another and God. And we also have many other like-hearted churches throughout San Diego and Tijuana with whom we are forming metro alliances to help ignite a church planting movement that will so fill this bi-national city with the good news of the gospel that it will be renewed in every way—socially, culturally, and spiritually—and spread to the ends of the earth.

What are services like?
Services include bilingual worship and celebration and then two different messages, one in English and one in Spanish. We celebrate diversity and seek to bridge the socio-economic, generational, racial and cultural gaps within our community.

What if I'm not a Christian?
We recognize that everyone is on some sort of a spiritual journey. Wherever you are, we invite you to participate here at Harbor Mid-City. 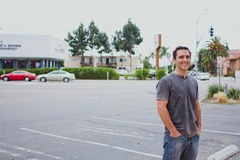 I grew up in Montgomery, Alabama and then spent eight years in Charlottesville, Virginia, pursuing an undergraduate degree and also a law degree at the University of Virginia. During this time my lovely bride Bradford came waltzing into my life and blessed me beyond any measure that I ever thought was possible. Bradford grew up in Birmingham, Alabama, and went to Auburn University. She graciously put me through law school by using her gifts as a preschool special education teacher, but I just couldn't get enough of the academic world, so I went to Orlando to pursue a Masters of Divinity at Reformed Theological Seminary. After my wife put her foot down and said, "No more school!" we headed West where I became the Director of Mercy Ministry for Harbor Presbyterian Church and also an Assistant Church Planter. While in San Diego, God opened the heavens and rained down the blessing of little Ford Phelan, whom we adopted in Los Angeles upon birth. Nine months later, the heavens opened up again as we gave birth to our precious little daughter, Milly Carlisle Phelan, and once again three years later with our daughter Virginia Grace. Bradford and I, along with an exceptional team, planted Harbor Mid-City Church, a bilingual, multi-cultural church in the Mid-City area that began worshipping in September of 2007 and is seeking to bridge race, class, and culture through the gospel of the Lord Jesus Christ. Our church is actively involved in the work of Christian Community Development through our community development arm known as Urban Life.