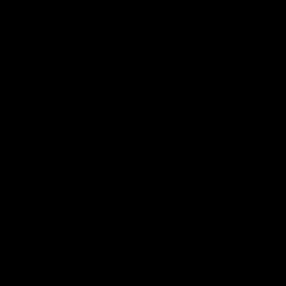 REAL:
All of us have had church experiences that seemed boring or legalistic, performance or entertainment focused, insincere or superficial in worship, ministry or fellowship. One of the most common comments about Grace Fellowship has been that “it just seems real.” We are thankful that God has blessed us with genuine believers who acknowledge they are sinners saved and kept only by grace. God and His Word is the focus of our worship and teaching, not people or performance. Ministry is focused on others, for God’s glory, not on gaining merit, attention or something in return for the church. And fellowship is centered on Christ and the gospel, so unity and love is created by the Spirit, and not based on common secular interests, or social, economic or racial segregation.

REFORMED:
There are many meanings of and misunderstandings about this word. “Reformed” refers to our general doctrinal (or teaching and belief) position, and refers back to the most important movement in Christianity since the foundation of the church in the first centuries. The Protestant Reformation began in Europe almost 500 years ago, and should be the defining moment for all forms of Christianity outside the Roman Catholic church. What was meant to “reform” the universal Roman church ended up becoming a revolution and a whole new branch of the faith called Protestantism. The “protest” was against the church adding things to the gospel and Word of God, and came from a strong belief in the absolute sovereignty of God above and in all things. The Holy Scriptures in the Bible alone were recommitted to as the sole authority for the church and believers. Christ and His work alone was acknowledged as the only basis for justification and reconciliation with God. Similar positions were taken on “grace alone,” “faith alone,” and for “God’s glory alone.” These five slogans became known as the “sola” (from the Latin term for “alone”) statements, which were the creeds of the Reformation. We feel that all problems within Christianity today can be identified as relating to one of these foundation pillars, and that the church is still in need of a modern “reformation.” In other words, we try to not “add to” nor “take away from” the gospel and the Word of God. How that works itself out in teaching, worship, living and application is the key to being really “reformed” in the love of Christ.

RADICAL:
Again, this is a popular “buzz” word today in churches, so it is important to understand what we mean by this word also. Radical often implies a rebellious or un-submissive nature, but that is the opposite of what we mean here. With all the false gospels, erosion of Biblical authority, easy believism, cheap grace, and the focus on getting emotional “decisions” instead of truly born again disciples, it is no wonder the church in America is seen as blended into the mainstream of the culture and its worldview. Any believer or church that really proclaims the gospel, believes the Bible to be the Word of God, follows Christ in both good and bad times, makes disciples and is devoted more to a depth of life rather than a superficial “add on” to worldly living and our own desires, will inevitably be seen as “radical.” Our relationship with God through Christ is a new life altogether (“born again”) and should transform all other aspects of our lives, not the other way around. As the one true “faith” (God reaching man) in the world, Christianity should be much more “radical” than any “religion” (man trying to reach God)!

RESPOND:
We invite you to come join us as we seek to be even more “real,” “reformed,” and “radical” in our worship of and walk with the One True Living God! More specifics or details about our beliefs can be discovered by visiting the “Beliefs” section of this website and following the related links there. Most and best of all, we invite you to come worship and walk with us! Thanks for visiting!