That He might be first in all things. New Haven, CT 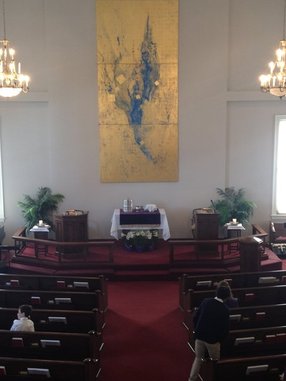 A safe place in journey to God without fear of rejection.

A sacramental place in life giving communion with God.

A one-anothering place sharing in the outward and inward graces of God.

What are services like?
Both services follow a liturgical pattern of covenantal worship moving from praise to confession of sin, absolution, thanksgiving, hearing from the Word, communion, and coronation. The Whitney service (10 am) has a blend of traditional hymns and contemporary worship music. The Goatville service (1:35 pm) is less scripted and has a contemplative Indy-rock sound.

What is the community like?
CPC is a very friendly church. We make space to spend time together be it for coffee after the morning service, lunch together, sharing a beer in the afternoon, or meeting together for prayer and community groups during the week. We are a community that loves to learn so we join together monthly to discuss a book we are reading and the theology expressed in it. There are lots of young children in our congregation so we have vibrant nursery, Sunday School, and Kids Club programs.

What if I'm not a Christian?
We would love to have you in our community. Every week there are non-Christians in our services. We believe being a part of the community is a great way to learn about Christianity and often the way God calls people to faith. 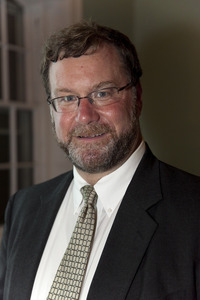 Preston grew up in Buckhead of Atlanta, GA where he graduated from North Fulton High School (a.k.a. Bulldog #1). After high school, Preston attended the University of Georgia (a.k.a. Bulldog #2) where during his junior year at UGA he was "tricked" into a blind date with a girl from Decatur (Atlanta), Lisa Harris, who eventually became his "sweetheart forever" (cf. inside imprint inwedding ring). After receiving a B.S. in Psychology at the University of Georgia, Preston spent a brief stint in business before entering the ministry as a campus minister/director for seven years. During these years, in addition to a thriving college ministry, Preston developed a passion for the poor and inner city and founded/directed a four year summer mission project targeting a low-income community of Techwood Homes in the inner city of Atlanta. Preston then migrated north to matriculate at Gordon Conwell Theological Seminary (outside Boston, MA) where he received the Master of Divinity Degree graduating with a concentration in Theology and Biblical Studies award. During this time, Preston founded and grew a campus ministry at Gordon College along with serving a year as interim pastor in Braintree, MA (Boston). In route back South (so he thought), Preston and Lisa attempted an unpacked "lay over" in New Haven, CT where their daughter, Anna, was born and Preston received the S.T.M. degree in American Religious History at Yale University (a.k.a Bulldog #3). Preston's Yale thesis was eventually expanded and published by Mercer University Press under the title: A Kingdom Not of This World, Stuart Robinson's Struggle to Distinguish the Sacred from the Secular During the American Civil War (2002). It was during this time that Preston was asked to teach a Bible study wherein a passion emerged to reunite a Christ-centered "high gospel" (grace) and "high church" (communal, sacramental, confessional) kind of spirituality to a missional vision for center city New Haven which led to the "unplanned" birth of Christ Presbyterian Church, New Haven. Preston later received a doctorate from a joint degree program at The University of Aberdeen and Pittsburgh Theological Seminary (Thesis: Totus Christus and the Total Church: An Emerging Search for Holistic Christian Spirituality and Church Practice). In addition to being the Sr. Pastor of CPC New Haven (an emerging multi-site movement in greater New Haven), Preston is an adjunct Professor of Reformed Ecclesiology and Pastoral Theology at Gordon Conwell Theological Seminary. Preston and Lisa, have been married for over 27 years and are recent "empty nesters": Stephen is married to Meghan and serves as a Naval Officer in Coronado, CA, Nathan is a junior at Indiana Univ., and Anna is a sophmore at UGA (a.k.a Bulldog #4). He loves boating on the Long Island Sound, training his hunting dog Mysti (a bulldog not, she's a Small Munsterlander) and camping/hiking in the Adirondacks. And if the truth be known, Preston is hard pressed to miss watching a Bulldog play ball on one of those crisp Saturday afternoons each Fall! Oh, and be warned, Preston LOVES the great city of New Haven (and can get quite defensive if someone doesn't), where he and Lisa reside in the Westville area adjacent to the Yale fields.