An Episcopal community in the heart of downtown Houston Houston, TX 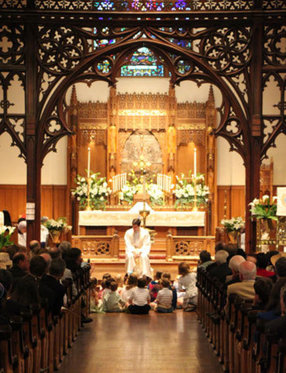 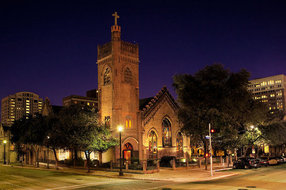 Christ Church is the Cathedral church of the Diocese of Texas. Inspired by our traditions, we are a diverse, passionate, inclusive Christian community devoted to meaningful worship and ministry in a beautiful historical setting in downtown Houston. We are a place for hospitality and renewal and a center of learning and formation where all are welcome. In accordance with the gospel message of love and justice, we continue our legacy of reaching out in faith to serve the needs of others while joyfully supporting each other in every aspect of our lives. 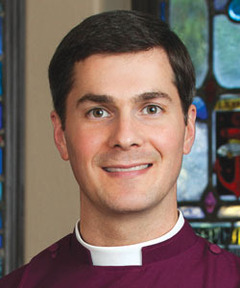 The Very Rev. Barkley Stuart Thompson is the eighth dean and twentieth rector of Christ Church Cathedral. He experiences his priesthood primarily as a call to preach and teach, and he is passionate about urban, downtown ministry. Born and raised in Paragould, Ark., he has roots throughout the south, including family connections to Houston and to the Cathedral. He is married to Jill, and they have two children, Griffin and Eliza. Prior to his arrival in Houston, Barkley served as rector of St. John’s Episcopal Church in Roanoke, Va., from 2007–2013 and as rector of the Church of the Holy Apostles in Collierville, Tenn., (a suburb of Memphis) from 2003–2007. St. John’s is a historic, downtown congregation with a long tradition of community leadership and service. The flagship parish sponsors ministries for urban youth, the poor and the mentally disabled. Holy Apostles grew as a “restart parish” from 40 to over 400 members and constructed the first new Episcopal church in West Tennessee in over a decade. Barkley is an avid writer and has published essays in The American Journal of Philosophy and Theology, The Journal of Pastoral Theology, The Anglican Digest, The Living Church, and Ratherview. He also preaches around the country, most recently in Montgomery, Ala., and at the “Men on Fire” preaching series at Christ Church in Greenwich, Conn. Barkley earned a Bachelor of Arts in philosophy and religion, magna cum laude, from Hendrix College; a Master of Arts in religious studies from the University of Chicago; and a Master of Divinity from the Seminary of the Southwest in Austin, where he currently serves on the Board of Trustees.