A Nondenominational church in Bonita, CA 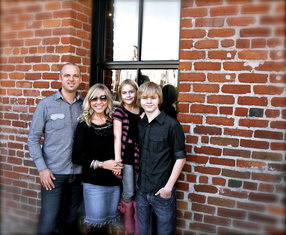 Artisan Christian Church is located in Bonita, CA, a suburb of San Diego. We are dedicated to the Master Artisan, our Heavenly Father, the Creator of the universe and Craftsman of humanity. Ephesians 2:10 says "For we are God's workmanship in Christ Jesus, created to do good works, which God prepared in advance for us to do." We have been created on purpose for a purpose by a loving God.

We are a family integrated church (FIC) with a heart to provide a place for believers to connect with God and with others. Simply put, we want to get back to basics -- Bible basics. Instead of a "variety show" church entertainment experience, we want to focus on the Gospel of Jesus Christ, discipleship, community outreach, and transformed lives. We want to strip away the superficial idols of our culture that have crept into the church to connect with the supernatural God of the universe.

If you are looking for genuine community, authentic relationship with God, and a church that believes it is called to action, then we hope that you will come visit us at one of our weekly services.

Adrian was born and raised in Wakefield, England, where he received his undergraduate degree in music from the London Guildhall School of Music. He moved to Florida at age 20 to marry his long-distance American sweetheart Lisa. Adrian’s first experience with church in America was a home group meeting in Gainesville, Florida. In the small group setting, he learned to give, to grow, to love, to be loved, and to use the gifts he had been given to serve others. Now, after 20+ years of marriage and ministry together, Adrian and Lisa desire to bring that same small group model to Artisan, providing an arena for intentional relationships that transform culture and change lives. Adrian and Lisa served on staff at The Rock of Gainesville and worked in a variety of ministries within the church, including youth ministry, worship leadership, theater, and small group leadership. In 1991, they met Francis Anfuso and, over the years, began to feel a call to move from Florida to California to be part of Anfuso’s work. In 2001, Adrian and Lisa moved to California to serve in Anfuso’s church, The Rock of Roseville, where they served in worship leadership and small group discipleship. In 2004, Adrian and Lisa went out with The Rock’s of Roseville’s second church plant, The Rock of Rocklin, which was later renamed Mosaic Christian Church. Adrian was the Associate Pastor of Mosaic Christian Church for 7 years, serving in leadership development, organizational structuring, eldership, preaching, coaching, worship leadership, and overseeing small group ministries. Adrian remains relationally connected to many pastors in the greater Sacramento area, from Elk Grove to Grass Valley, and he desires to see churches work together for the Kingdom. He has a passion for the arts, for supporting and equipping men as dads and leaders, and for building transformative, intentional relationships that help Christians fulfill the Great Commission and the Great Commandments.