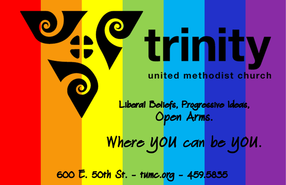 Trinity UMC is a diverse, inclusive congregation. We’ve welcomed lesbian, gay, bisexual, and transgender people into the life and ministry of the church since 1992, when our congregation voted to become a “Reconciling Congregation.” We’re one of only ten in the entire state of Texas. Trinity UMC is committed to spiritual diversity too. As people on a journey, some of us identify as “recovering Christians” or “more spiritual than religious.” Trinity provides a safe space to unpack, examine, and reclaim our personal religious histories. While remaining distinctly Christian, Trinity UMC recognizes that all healthy religious expressions are also suffused with divinity. We promote Creation Spirituality, which teaches that God permeates all things. Our creation-centered worship incorporates art, nature, and teachings from many different wisdom traditions. 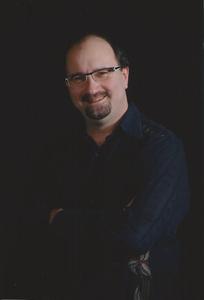 Sid Hall is a pastor, writer, activist, husband, father, and grandfather. He has served as the senior minister of Trinity United Methodist Church in Austin, Texas since June 1988. He answers to many things but is often referred to by friends and colleagues as “a social activist with the heart of a mystic.” Rev. Hall has been a leader in the Reconciling Ministries Network (the movement within the UMC for the full inclusion of lesbian, gay, bisexual, and transgender Christians) and served on the RMN national board of directors from 1996 to 2002. He was also one of the original 15 signers of “In All Things Charity” in 1997 calling the United Methodist Church into full inclusion for sexual minorities. He has had the privilege of being arrested for civil disobedience along side of the likes of MLK’s daughter and Gandhi’s grandson. A native of Kokomo, Indiana, Sid has served United Methodist congregations in Indiana and Texas since 1979 and was elected to the delegation of General/Jurisdictional Conferences from Southwest Texas for three quadrennials. He has served on various other boards such as the Political Asylum Project of Austin, Austin Reading Is Fundamental, the Executive Committee of the Texas Conference of Churches, and the Austin Mayor’s Task Force on Human Rights. He holds a bachelor’s in History from the University of Indianapolis, a master’s in Theology and a doctorate in Liberation Preaching and Holocaust Studies, both from Perkins School of Theology at Southern Methodist University in Dallas. Dr. Hall is the author of Christian Anti-Semitism and Paul’s Theology (Fortress Press, 1993). His scholarship has been cited in publications such as Peter Gomes’s “The Good Book,” Frederick Herzog’s “New Birth of Conscience,” Bill Bishop’s “The Big Sort,” and Kelly Turney’s “Shaping Sanctuary.” He is a national speaker in the areas of Holocaust Studies, LGBT Inclusion in the Church, and Nature-based Ritual and Worship in the Church. Among other awards, he is the recipient of the Jewish Community Friendship Award by the Jewish Community Center of Austin and the recipient of the Community Achievement Award for Justice by the SWTC of the UMC chapter of the Methodist Federation for Social Action. Hall has been featured in numerous magazine articles, including The Advocate, Out, Open Hands, Circuit Rider, Creation Spirituality, and Time Magazine. Sid is married to Mary Pratt, an Austin Psychotherapist. Mary and Sid are the proud parents of four grown children and grandparents of two grandchildren