See all 227 churches near Shelby Township 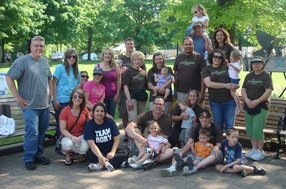 We meet inside Shelby Junior High (51700 Van Dyke in Shelby Township, a couple blocks north of 23 Mile Rd.) Turn at the traffic light onto the service drive between the library and Ocean Breeze restaurant. The school is tucked away behind the public library and a football field. Click here to view a map or get directions

What are services like?
We want people to encounter God - not just go to church. Our service is 75 minutes long. We offer an in depth bible teaching, worship, one on one prayer & communion.

What is the community like?
We live out our faith! Galatians 5:6 is the heartbeat of our church. We express our faith by showing our love for God and others in practical ways. Check out our website to see the ways we do this!

What if I'm not a Christian?
Welcome!! Our pastor used to be an atheist so you're at the right place.