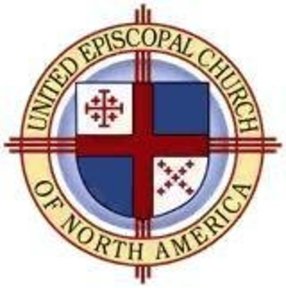 We are a parish of the United Episcopal Church of North America, a Biblically based, theologically conservative, traditional Anglican denomination.

Our parish is located in the city of Highland, Ca in San Bernadino County, CA.

We are a part of the English Reformation and honor and keep our historical roots. 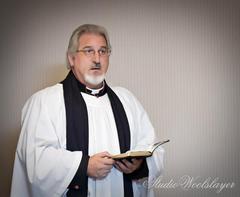 Fr. Paul is the assisting priest at St. Patrick's, working alongside of Fr. Ron Murray, our Vicar. Father Paul is originally from Brooklyn, New York and came to California in 1982. He served 10 years in the military, with his last tour of duty in El Toro, Ca, with the 3rd Marine Air Wing, before they shut El Toro down. Married to his beautiful wife, Benita, and currently lives in Upland, Ca. with their daughter Ashley and two cats. He was raised in the Roman Church and was an atheist by the age 15. While in the military he had a ‘conversion’ experience and did the Evangelical circuit: from the Charismatic movement, to Pentecostalism, to Fundamentalism. He attended the Baptist Church for a while (Southern Baptist and Reformed Baptist), was a member of John MacArthur’s Church, for 3 years, and even was a member of a Grace Brethren Church. You could say he was looking for a home. Finally, became a member of the Orthodox Presbyterian Church. Made his home there for 5 wonderfully fulfilling years. But even there, sensed something lacking in worship; in his first year of Seminary, he happened upon Anglicanism and has been in the ‘continuing movement’ ever since. Father Paul has a B.A. is in Philosophy from California State University, Long Beach and a M.A. in Philosophy from California State University, Los Angeles, and continued studies in Philosophy in the Master’s program at CSULB. He attended Westminster Theological Seminary, California, where he received M.A. in Theological Studies. In addition, has a ThM from St. Andrews Theological Seminary, NC in Ecclesiastical Theology. Also, has done Post-graduate work at the University of Strasbourg, France. Currently, is a PhD candidate at Whitefield Theological Seminary; with the goal of completing PhD, "some time before the Lord returns, hopefully"! He has over 20 years of ministry experience - both ordained and lay ministry and has taught at the middle school, university, and seminary level. Educated and Experiences Clergy Equals Great Church! These two clergy really brings all the skills and experience to St. Patrick's, that is lacking in many churches today. They are committed to protecting the faith handed down by the Saints. The word being preached is full of insight and wisdom to help connect you with the life God wants you to live. Having problems in your life, feel like your not connected with God, this men can help you. Tired of church that has fallen of the path of God, your not being feed.