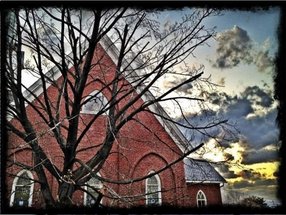 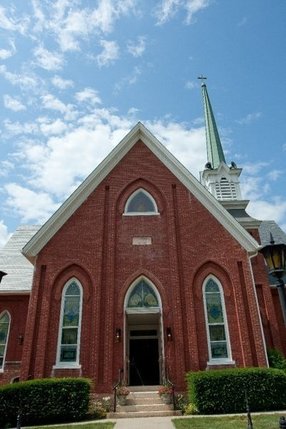 We are a Lutheran Congregation dedicated to preaching Christ crucified through our mission, liturgy, life, and faith.

What are services like?
Historic liturgy of the church with a celebration of Holy Communion.

What if I'm not a Christian?
Wonderful instruction and atmosphere of growth and faith. 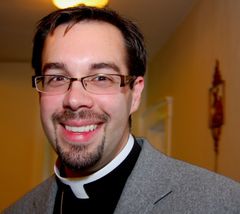 The Rev. Nathan Corl Minnich, CFSP, MBIE - is a fifth generation funeral director and embalmer. He is a graduate of Williams Valley Jr./Sr. High School. He is also a graduate of the New England Institute at Mount Ida College with an Associate in Science degree in Funeral Service and a Bachelor of Science degree in Bereavement Studies. He is a licensed funeral director and embalmer in Pennsylvania and Massachusetts and holds insurance licenses in both states for funeral prearrangements and funding. In May of 2007 Nathan completed his Master of Theological Studies degree at Boston University - School of Theology. and has done subsequent study at the Lutheran Theological Seminary at Gettysburg and the Association Free Lutheran Seminary in Minneapolis, MN. On March 22, 2009 he was ordained into the holy ministry of Word and Sacrament and was called to serve as the pastor of Salem Lutheran Church, Elizabethville; a Lutheran congregation of the AFLC. Within the local community Nathan is committed to providing quality Christ centered bereavement support and provides professional facilitation for grief support groups as well as individual pastoral counseling for those struggling with death and loss. While studying in Boston Nathan served as a member of the faculty at the New England Institute at Mount Ida College where he taught embalming and funeral directing. While at the college he also served as the director of decedent care where he and his students cared for families as referred through the Office of the Chief Medical Examiner, Boston. Nathan also served as the coordinator of funeral service continuing education through the National Center for Death Education. Nathan is a certified funeral service practitioner (CFSP) with the Academy of Professional Funeral Service Practice awarded for his diligence in continuing education and community service. He has been inducted a Member of the British Institute of Embalmers for continually promoting the study, education and improvement of modern embalming, he also served as Vice Chairman of the Board of Directors of the British Institute of Embalmers - North American Division. He was a member of the faculty at the International Cemetery and Funeral Association University - College of Embalming and Restorative Art. He is also a member of the Association of Death Education and Counseling, National Funeral Directors Association, Pennsylvania Funeral Directors Association, former Vice President - Dauphin County Funeral Directors Association, Pi Sigma Eta National Morticians Fraternity where he served as a Charter Master Artist and Faculty Advisor, and the International Federation of Thanatologists Association. Nathan is a charter member of the American Society of Embalmers where he served on the board of directors. The ASE is a society of licensed embalmers with a commitment to establish and promote the ethical practice standards in the fields of embalming and restorative art, and to establish and encourage lifelong learning. Locally, Nathan is a member of Salem Evangelical Lutheran Church in Elizabethville where he serves as the pastor. He is a member of Ashlar Lodge #570 F&AM in Lykens, PA, a member and Past Master of Pine Grove Lodge #409 F&AM, and a member of the Pennsylvania Lodge of Research F&AM, a member of Perseverance Chapter No. 21, Harrisburg Council No. 7 of Royal & Select Masters, Pilgrim Commandery of Knights Templar, No. 11 Harrisburg, and the Glen Chapter No. 425 OES., Lykens. Nathan is a former member of The Dodge Company in Cambridge, MA, and has traveled the northeast presenting continuing education seminars in embalming and other topics in thanatology for various organizations. He is a contributing author in the fourth edition of the textbook Embalming: History, Theory and Practice (McGraw Hill, 2006). He is also a published author in the areas of Death Education, mortuary science and has contributed to the American Funeral Director magazine.