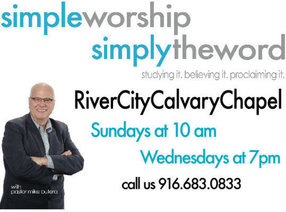 We are a come-as-you-are fellowship of followers of Jesus Christ. Our emphasis is the teaching of God's Word, the Bible, in a verse-by-verse, relevant manner. We enjoy contemporary, heart-felt worship, as God desires His children to worship Him in spirit and in truth. Our Children's Church is vibrant and anointed. Our Jr. High and High School Youth Ministries are top notch. We meet on Sunday mornings at 10am and on Wednesdays at 7pm. We broadcast all sermons and events live through our website and through our Mobile App for iPhone/android devices. (more info on our website) 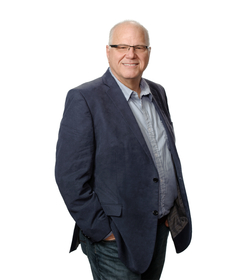 Our Pastor, Mike Butera Like many other "Baby-Boomers," I too was on a quest to find peace in my life. As the youngest of 4 children, I had experienced a rough childhood. I lost my father when I was four and grew up with an unstable and physically abusive step-father. My home life was very stressful with lots of fighting and beatings. With so much going wrong in my life, my special abilities in music made me feel accepted by others. Music soon became my identity and my idol. I was able to get beyond my shyness and express myself through music. I soon told my junior high band instructor that I wanted to become a professional musician. That became true when I joined the musicians union at 15 years of age and began to make money playing in bands around town. One day when I was 17 years old, my-step father became angry and came towards me to beat me. I had so much pent up anger inside, that I took out a large knife and threatened to kill him. My step-father backed down and gave up trying to control me. I became as rebellious and angry as a kid could be. I joined a top area rock band that was heavily into drugs and alcohol. That school year, most days began with a bottle of wine and some reds or cross-tops before classes started. It was the only way I could talk to girls. My parents didn’t know what to do with me. My mother agreed to pay an initiation fee so I could join the Transcendental Meditation cult that was meeting in my High School. They claimed that TM was a scientifically proven way to get your life together. I received my “mantra” after I bowed down before a stone idol and presented my offering of fruit and flowers. My days in TM didn’t last long because in TM drugs were forbidden and I couldn’t live without them. I finally moved out of my parent’s home on graduation night and entered college with a music scholarship. I paid my bills by playing music in bars and concert venues in the Sacramento and Bay areas and by selling drugs. This drug activity nearly led to my being murdered, on two separate occasions, when I was held up by drug seekers. Things continued to unravel in my life. I began having acute panic attacks, so I began psychological counseling, but I became even more lost and confused. I met my future wife, Julie, and began to settle down some. I really wanted a loving family and Julie had two wonderful little girls. But inside I was still empty and lost. My last effort to find wholeness in my life was through a $UCCE$$FUL music career. By the late 70's I had reached the top. I was featured on many hit recordings as well as appearances on the Merv Griffin Show and the Newport Jazz Festival. I was traveling the world as the featured tenor saxophonist with the Harry James Orchestra and playing with the likes of Donna Summer, Lou Rawls, John Denver, The Temptations, Johnny Mathis and many others. I was now married and making good money yet my life was still empty and incomplete. I noticed that the “stars” with whom I performed, who had every material thing this world can offer, had the same emptiness in their lives. I thought that success was going to be the panacea for my personal problems, but they only ached within me all the more. My marriage to my beautiful wife, Julie had now begun to suffer and my kids were beginning to have problems. I knew that I needed God. He was the only answer. But who was He? Was He the God of the Jehovah Witnesses? Or the Mormon God? Does he want me to shave my head and sell flowers at the airport? I needed to know. Desperately, I prayed, “God, whoever You are, please show me. I need to know you.” That day I took a Gideon Bible from the hotel room I was staying in and began to read it. Little did I know at the time what an awesome, wonderful and life-changing a step I had taken. The Bible came alive to me as I read it. God's word helped me to recognize that the emptiness and lack of peace in my life was caused by a need to know my creator. God was not against me as I had thought, but rather He was for me and desired to bless my life through His Son, Jesus. Soon, I asked the Lord to forgive me of my sins and to come into my heart and give me a new beginning. My life has never been the same. Destructive activities and habits that I previously had no hope of ever changing began to daily fade away. I now no longer had a desire for them. I began to love being sober. My marriage problems began to heal. My wife and children are all serving the Lord. My seven grandchildren love Jesus. I found that God had a plan to use my life, even with all my imperfections and sordid past. He was going to use me to bring people to know and love Him. He was going to use me to comfort others in spiritual and emotional pain. God used some wonderful pastors to disciple me and raise me up in ministry within the Calvary Chapel family of churches. By the Grace of God, I have been in full-time ministry for nearly 20 years and I love it. There is an ever-present joy and peace in my life even in the midst of the most difficult times. I live such an exciting life as I seek to follow my Lord and Savior, Jesus Christ. Each day He is revealing works that He has prepared for me since the beginning of time. God is truly good.