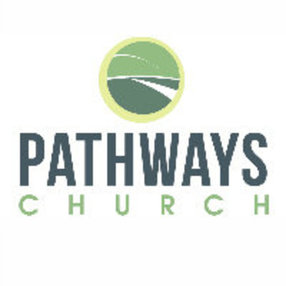 Founded in January of 2012, Pathways is a growing and vibrant community. We are passionate about engaging all kinds of people in meaningful and growing relationships with God and others.

Services at Pathways are casual and friendly, and anyone is welcome.

Children love Pathways! Our kids leaders work hard to create exciting environments where children can laugh and learn at the same time.

What are services like?
Services at Pathways begin with live music from our Creative Arts team that is inspiring, diverse and energetic. After the music, our lead pastor Jeremy Williamson will share a message. The teaching is practical and relevant, and often comes with a creative spin. After service our staff members are available to talk or pray with anyone who wants to. Coffee is available for anyone before and after service and it is a great time to meet new friends.

What is the community like?
The Pathways community is inclusive, welcoming, and ridiculously friendly.

What if I'm not a Christian?
Regardless of where you are in your faith journey, you will be warmly welcomed to Pathways Church events and services as well as any one of our numerous Choose Love community and global service projects. 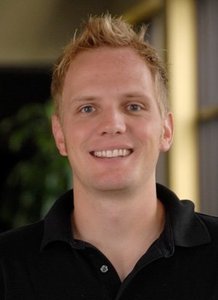 Jeremy Williamson was born and raised in Oregon. In his early teens, Jeremy made the decision to dedicate his life to loving God and people. There was no looking back! After graduating high school, Jeremy attended Bible College in Denver, Colorado. From there, Jeremy's education continued in some incredible ways. After leading a team to carry Christian literature into closed Asian countries, he moved to El Salvador to serve a ministry working with children. While he was in El Salvador, an 8.0 earthquake devastated huge portions of the country, changing Jeremy's job from childrens ministry to emergency earthquake relief. From El Salvador, Jeremy moved to Mission, Texas to serve a growing and vibrant church located on the border. Splitting his time between the US and Mexico, Jeremy spent nearly 10 years involved in building adult, children's, youth, and outreach ministries. It was here that he met Rachel Byrom, who was serving as an intern with the church. The two were married in 2005, and began an incredible adventure together. In July of 2008, Jeremy, Rachel, and their one year old daughter Aisha moved from Texas to Malawi, Africa. They went to serve a network of over 200 churches, as well as a community based organization for women suffering with HIV/AIDS. They lived in Malawi for one year. After serving along side Christ Followers across the globe, Jeremy has developed a deep passion for the power and potential of local communities of believers. He believes that when those who love Jesus dedicate themselves to loving God and people wholeheartedly, they become an unstoppable force for good in the world. It is this passion that has led Rachel and Jeremy to found Pathways Church in Fort Collins, Colorado.