Oasis of the Valley 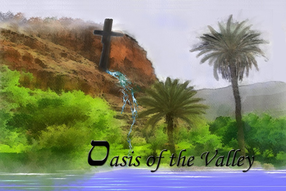 Oasis of the Valley has been in Monrovia for almost 30 years. It is a strong, foundational church, focused on relationship with Christ, and avoiding the pitfalls of religion. Oasis has strong connections in the community, ranging from suicide prevention in the school system, to friendship and counsel with city leadership.

What are services like?
We begin with a "healthy" food and fellowship at 10:15am, then move into the sanctuary for our celebration experience. We worship to contemporary style music, leaving many openings for the Holy Spirit to use people, young and seasoned to lives will be touched. At some point we will take up an offering to meet budget and outreach needs. A key point, of course, is study in the Word, so we will spend time exploring God's word together, sometimes with the help of PowerPoint and multimedia.

What is the community like?
Very fun loving, in the midst of dealing with serious issues in the lives of people, we love to have get together and laugh, and have a good time!

What if I'm not a Christian?
You are welcome! It is are desire to create a sense of belonging before believing. 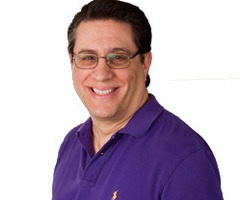 Dr. John and his wife Pastor Karen, ounders of “Oasis of the Valley” in Monrovia, California and have been the pastors of that congregation for well over 25 years. In addition to the Oasis, they are also called to empower and energize ministers, both young and seasoned, in fulfilling their personal call and purpose. His key assignment to the Church at large is in bringing innovative Biblical concepts for fulfilling Her mandate to be One, by attaining fresh grace-filled dimensions and perspectives of spiritual life. Commissioned by the scripture, "...may they also be one in us, so that the world may believe..." (John 17:21), he also ministers across denominational lines, traveling and speaking in different seminar venues and churches across the United States, United Kingdom and Europe. Dr. John has just completed a DVD series called, "Perceiving Reality and the Prophetic Process." He has also authored several books; the most recent is “In Search for the Holy Grail, Why Ministers Fall, a Quest for Restoration on Behalf of Leaders and Congregations…” His other titles are: The Spirit of the Scorpion: Conquering the Powers of Insurrection, Beyond Revival: Living in the Spirit of Revolution, and The Divine Womb: The Prophetic Purpose of Women in the New Millennium. He is currently working on his next book: The Order of Melchizedek, the King-Priest of the Infinite, A look at Our Priesthood in Jesus Christ.” In addition, he is also working on an extensive DVD production of his transformational series that he as been teaching for over 20 years called, “The Genesis Factor, A Journey Into Spiritual Reality." Dr. John and Pastor Karen live in Duarte, California. They have raised two children, their 20 year old son, Christopher "Buster", and their 25 year old daughter Christina Joy Sayles who is married to their wonderful son-in-law, Andrew Sayles. (At the time of this bio, they are expecting their first grand child, Lillian Belle Sayles.)