Much more than a Church, we are a family! Flushing, NY 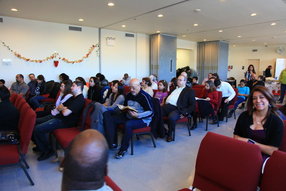 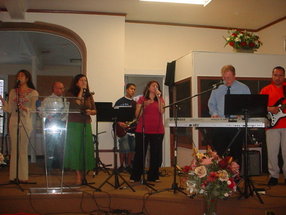 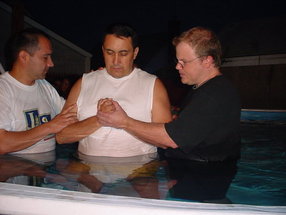 Much more than a church, we are a family! We are a family of Christian believers that are here to serve your needs. Whether you are a visitor or a regular member we hope that you find your experience with us to be invaluable.

We are a missionary oriented church that forms a part of the Christian and Missionary Alliance (C&MA). Our focus is to take the Gospel of Jesus Christ to the most extreme and most unreached places of New York City and around the World. Our vision is to bring you the liberating message of the Gospel and to help you become an effective member of God's family. 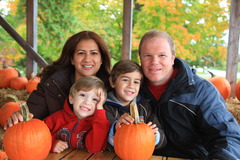 David Westmeier was born on October 17, 1967 in Popayán, Colombia, the son of Karl-Wilhelm and Arline (Maust) Westmeier,missionaries with the Christian and Missionary Alliance. At the very early age of 3 ½ years, his desire to follow the Lord was shown when, led by his mother, he asked Jesus to come into his heart. Although other decisions of dedication followed, he has always remembered this as the beginning of his walk with God. At the age of 10 he was baptized in the C&MA church of Calarcá, Colombia, by his father. At six years of age, David, together with the other C&MA missionary kids from Colombia, was sent to school at the Alliance Academy in Quito, Ecuador. Vacations, parental visits and furloughs in the USA and Germany filled the next 12 years with a great variety of experiences. His second grade was spent in the public school of Nyack, NY and his eighth grade in the public school of Aberdeen Scotland, where his parents furthered their education. In 1992, David received a BA from Nyack College, Nyack, NY, with a major in Music Education and a minor in Bible. The year of 1987 was spent in Austria helping in the restoration of an old castle for a Christian Youth Hostel. In 1996, he received a MA from Hunter College, Manhattan, NY, in Education, specializing in Multicultural & Bilingual Education. For 12 years he taught third and fourth grades in an inner city primary school in Queens, NY. Since 1992, David has felt called by God to serve in the New Life Fellowship Churches, Queens, NY. When a Spanish daughter church, Iglesia Nueva Vida, was formed, David served in the worship team. There he met Yeins Beatriz, from Venezuela, who in 1994 would become his wife. They now are the parents of two sons. Later, when Iglesia Nueva Vida began an English daughter church, New Life Christian Center, David was ordained to serve as the pastor. He was ordained to as Senior Pastor of New Life Christian Center by the New Life Association of Churches in 2002 and was later licensed by the Christian & Missionary Alliance in 2005. Since 2005, New Life Christian Center decided to follow the vision God had given them of evangelizing the unreached people groups that were flocking into Queens: besides the Spanish speaking people, there were the Muslims, the Hindus, the Buddhists and many other religious groups. To this end, besides their Spanish outreaches, they have been making contact with many Muslims through the distribution of DVDs, Bibles, New Testament and tracts in their different languages.