GWS - The Church on The Hill.......Teaching the GOOD NEWS Memphis, TN

As advocates of Jesus Christ, we will profess our faith,
as we equip believers through discipleship, demonstrating
God's love by providing service to our community as we
evangelize the unbeliever under the guidance of the Holy Spirit. 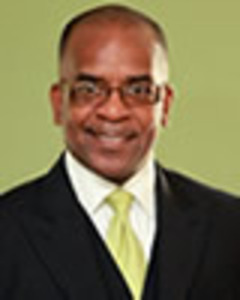 Reverend Roger Raphael Brown, the illustrious Pastor of the Greater White Stone Missionary Baptist Church of Memphis, TN, acknowledged his Ministry in 1977 at the Conant Avenue United Methodist Church, under the leadership of Reverend William E. Teague. He was licensed in the Ministry in 1982 at the St. James Missionary Baptist Church, Detroit, MI, under the leadership of Reverend Charles Nicks, Jr., where he served as Director of Christian Education in 1983. Reverend Brown served as Associate Minister of Brentwood Baptist Church of Houston, TX under the leadership of the Reverend Joe Ratliff from 1986-1987. He also served as Associate Minister of Mt. Vernon Baptist Church Westwood, Memphis, TN in 1988 under the leadership of Dr. James L. Netters, where he was ordained in the ministry in in 1990. He served as Assistant Pastor of Mt. Vernon from 1990-1995, where he was Director of the Men’s Ministry from 1996-2008. In 2008, Reverend Brown co-pastored Mt. Gilead Ministries, Memphis, TN under the leadership of Bishop Charles E. Cartwright, where he was in charge of Teaching, Preaching, Director of Ministries, Director of the School of Wisdom, implemented church software, and officers training program, new members program church leadership conference, and asked to assist the Pastor during a period of illness, to help bring order to the ministry. In his ministerial related studies, Reverend Brown served as a delegate to the Sunday School Congress of Christian Education, National Baptist Convention, USA Inc., and earned a Second Level Certificate from 1981 –1983. From 1990 – 1997, Reverend Brown received a Second Level Certificate from the Progressive National Baptist Convention, Inc. From 1988-2008, he served as a Christian Training Institute Instructor at Mt. Vernon Baptist Church- Westwood. Reverend Brown is currently the Executive Director of Institutional Advancement at LeMoyne-Owen College and is responsible for the total operation of fundraising through alumni, public relations, and the United Negro College Fund. He coordinates all special events related to fundraising; i.e., Hank Aaron Celebrity Sports Weekend, LOC Sunday and the Memphis Symphony Orchestra Lawn Concert. On November 21, 2010, the Greater White Stone Missionary Baptist Church elected Reverend Roger R. Brown as the 5th Pastor in 85 years to serve as leader of the congregation. He won the election by a landslide vote of the membership. Since Reverend Brown has been pastor of Greater White Stone, the membership has grown by leaps and bounds. The gospel is being preached and souls are being saved. The Pastor has appointed several members who were formerly called “bench members” to work in the church and they are during with much vigor and enthusiasm. Reverend Brown’s favorite scripture is from Psalm 34….. “I will bless the Lord at all times. His praises shall continually be in my mouth.” His favorite saying is by Jo Moutton, which says….. “Life is not about waiting for the storm to pass, it’s about learning how to Dance in the Rain….”