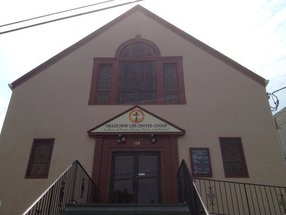 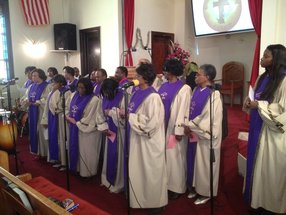 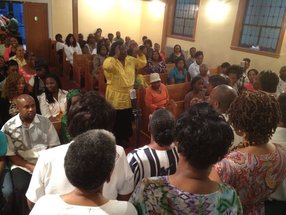 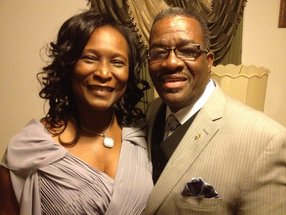 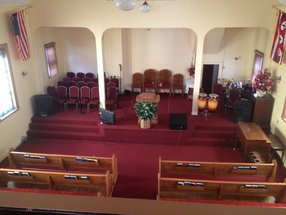 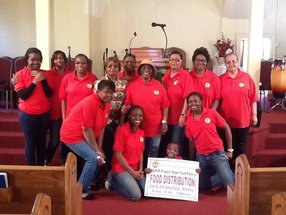 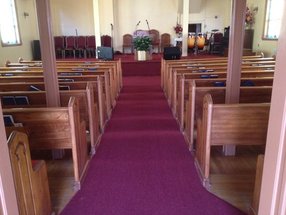 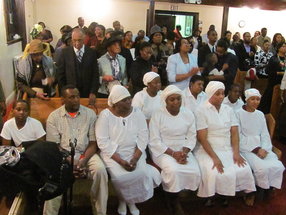 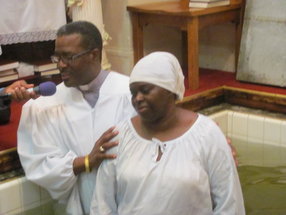 Grace New Life Center is a place of Peace, Prayer, Praise, and Power. We are a Born again Christian church. We believe in the work and manifestation of the Holy Spirit, the gifts of the Spirit: we believe in divine healing, water baptism, and the baptism of the Holy Spirit. We believe in a sanctified life endeavor to live free from the polution of sin. We also Live Stream our services on Sundays from our website. You can also join our Bible study on Tuesdays 7:00 PM and our radio ministry Thursdays 6-7PM 1460 AM in Westchester county, or www.wvox.com. Great place to worship, and where the word of God is taught in great dept.

What are services like?
Our services are spirit filled, wonderful and loving congregants, friendly atmosphere...great singing, anointed worship...pwerful preaching of God's word

What is the community like?
A welcoming congregation, no matter your race or ethnic background...you are welcome to fellowship with us.

What if I'm not a Christian?
This church is designed for you... you will still find us a warm and friendly place to worship... we will love you, and share Christ's love to you without prejudice or partiality 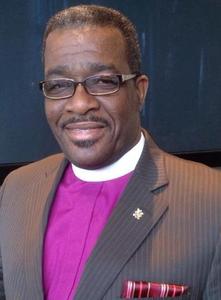 Bishop Orville R. Beckford Sr. was born on July 19th 1955 in St Andrew Jamaica, where he received his secular education. He became a member of the Church of God of Prophecy, Cavaliers, St. Andrew on July 16th 1972. While at the local church he served as leader of the Men’s department, assistant youth director, Sunday school teacher, and band leader. On February 18th 1978 he married Deana Murphy and they both became the proud parents of three sons, Orville Jr., Delton, and Jaanai. In 1978 Bishop Orville Beckford went to assist his mother in her ministry at the Bethlehem Reform Church of God. During this time he served as evangelist and later became an ordained minister, and served as leader of the local church for a number of years. He also served as National Evangelist for six years. With the anointing of God on his life, many souls were led to Christ and others were revived. In 1987 the Lord spoke to his heart and pointed him back to the place of his birth-the Church of God of Prophecy. This was a difficult and challenging time because the responsibilities he had were great. At first he was hesitant because he couldn’t understand why God was changing his direction so he lingered for a while. Finally he said yes to the voice of God. He returned to the Church of God of Prophecy in 1987 and was immediately set forth into ministry. In the 1988 National Convention he was appointed pastor for the Chastworth church, where he pastored for five years, serving also at Golden River for two years (concurrently). In 1992 He was called to be the District Overseer for St. Vincent and St. Lucia in the Eastern Caribbean where he served until March 1995, pasturing the main church on the Island. His ministry shined in this area and transcended to the whole region. Many souls were led to the Lord. Membership in some areas doubled, some tripled, and others even quadrupled. Through the leading of the lord and the anointing on his life the members in that region experienced personal revival that led to the revival of the church. In November of 1994 He and his family migrated to the United States to Brooklyn New York. He went back to his ministry in the Eastern Caribbean: but he felt it was important to be with his family, thinking about his three sons growing up in the New York area. He then resigned his office and returned to the United States in March 1995. Four months later he was asked to pastor the church in Rochester New York. The name Rochester was foreign to him; he had no idea where this church was. After discussing it with his wife and children he decided to take up the task. Since then he has been pastoring the church in Rochester. Bishop Beckford has a passion for the word of God, and has gone to great lengths to develop his theological and leadership skills. Rightly dividing God’s word is his specialty. In 1986 he went to the Morris Cerello School of Ministry and received a certificate, attended Bible Training Institute 1987-1989 in Kingston, Jamaica where he graduated with a diploma, and was the valedictorian for his class. The Advanced course was offered in 1990, which he did and received a certificate. Completed the Foundations Course offered by the Church of God of Prophecy in 2001. Bishop Orville Beckford currently holds a Bachelor of Divinity degree from Northstar Bible Institute in Greece, New York. He was also the valedictorian for the graduating class. He completed many other certificate courses including “Leadership Principles” in 1996, offered by LDI, Leadership Development Institute: and “Church Revitalization” in 1997. In May 2007 he graduated from Louisiana Baptist University with BA in Biblical Studies. In 2008 graduated with his Masters Degree in Psychology and Christian Counseling. He has a certificate in Mental Health Topics in Pastoral Care, and one unit of Clinical Pastoral Care. Currently pursuing his doctorate degree