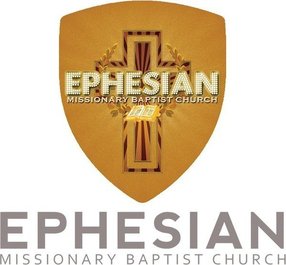 The vision, mission, and goal of Ephesian Missionary Baptist Church is to preach, practice, and present the gospel to the spiritually and economically poor; the brokenhearted; to those who are in spiritual, emotional, physical and financial captivity; to give sight to the spiritually blind; and those who have been emotionally wounded and bruised by life's battles.

Dr. Michael Pasely, Sr. was born and raised in Brooklyn, New York to the parents of Daisy Pasley and the late Edwin Pasley, on December 16, 1956. At the age of 16, Michael and his family moved to South Carolina where he graduated from C.E. Murray High School, in 1974. After serving 3 years in the United States Army, Michael moved to New Haven, Connecticut where he lived for 5 years. In 1982, Michael returned to South Carolina and worked in his family's business, Pasley's Trucking. In that year, Michael met the love of his life Linda and they both were married, in 1984. In 1988, Michael moved to Oakland, California and attended Cosmopolitan Baptist Church, where he served on the Usher Board and Deacon's Ministry. Michael's growth in the Word expanded after attending Bay Cities Bible Institute, in 1990, and in 1995, he received his calling from God to pursue the ministry. After serving as the Evangelism Minister at Cosmopolitan for several years, Michael was called to Pastor at the Church of the Good Shepherd, in 2001. In 2005, Pastor Pasley completed his Masters Degree in Theological Studies at Faith Evangelical Seminary, in Tacoma Washington; and after laboring faithfully at Good Shepard for 5 years, he established Greater Grace Baptist Church, in East Oakland. In 2007, as Greater Grace sought a permanent building and Ephesian Missionary Baptist Church sought a new pastor, Greater Grace merged with the Ephesian church family, and Pastor Pasley was selected to serve as Senior Pastor. In 2010, Pastor Pasley earned his Doctorate Degree of Ministry in Strategic Leadership, where he placed a great interest in evangelism and discipleship within the African-American church. To date, Dr. Pasley has participated in various revivals nationwide and is regarded by many congregations throughout Oakland as an excellent Bible-based teacher, servant of God, and for his love and compassion toward those that are less fortunate. In addition to his Pastoral capabilities at Ephesian, Dr. Pasley serves as the Nationwide Evangelism Training (NET) Coordinator, is the founder of the Ephesian Baptist Church Feeding Ministry, and a spiritual adviser to many young men within the Oakland community. Dr. Pasley is an anointed vessel of God - helping to lead many into making the most important decision of their lives - accepting Jesus Christ as their personal Lord and Savior. Dr. Michael and First Lady Linda Pasley are the proud parents of four children and grandparents of three grandchildren.