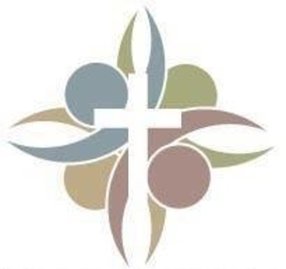 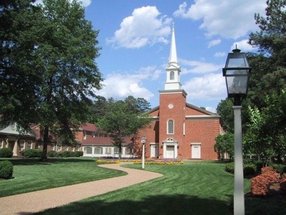 Derbyshire's future began with a handful of pioneers from Woodland Heights Baptist Church. A new church was needed in Western Henrico County. A 'chapel' pastor was called and the first prayer service was held in a cozy living room in April 1958.

A tract of land was purchased on Derbyshire Road and the vision became a reality. The 'chapel' congregation met in homes and later, in a school as they increased in members and in activities. On Sunday, February 10, 1963 Derbyshire was constituted as a church

Our congregation is made up of a cross section of ages. We have a significant population of members in the 30 to 50 age ranges, complimented by a vibrant youth population and a cadre of seniors who bring a beautiful balance to our community

We are affiliated with the Richmond Baptist Association, Baptist General Association of Virginia, the Cooperative Baptist Fellowship and the Southern Baptist Convention. Our membership is Baptist, although many come from Catholic, Episcopal, Methodist, and Presbyterian traditions. We are especially attractive to couples who come from differing church backgrounds.

Our theology and polity are grounded in the traditional Baptist distinctive with a moderate approach. We have employed ordained women on the ministerial staff and have ordained women to the Ministry of Deacons.

In 1995 Derbyshire completed a 2.2 million-dollar addition to its educational classrooms. This was our response to our commitment to educating our children and youth as they learn what it is to be a Christian.In the summer of 2001 the church completed a $400,000.00 renovation of the original classroom area that was built in 1977. Derbyshire has sponsored two missions that have become significant churches in the West End: Cambridge (1981) and Gayton (1989). The Cambodian Mission (1975) continues to meet in Derbyshire.

From 2008-2010, we hosted John Leland Seminary's Richmond classes in our educational wing.

In 2009 we began a Faith Development Seminary where laypeople can take classes from qualified seminary professors and develop their faith.

What is the community like?
Faith-in-action, servant's hearts, friendly and welcoming.

What if I'm not a Christian?
We want to show you God's love for you.