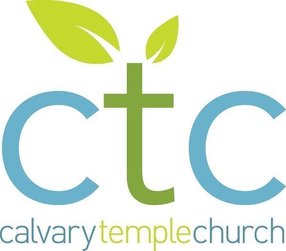 FAMILY & FUN Pastor John and Carey were married in November 1982, and next year will celebrate their 30th wedding anniversary. They have four children: Katelyn (married to Paul Long), Ryan, Logan, and Candace. John and Carey love to hike, bike, golf, ski, hunt, read, and sit by a roaring fire with a hot drink (Starbucks Cafe Verona for John, and David Rio Chai Tea for Carey). LIFE & MINISTRY John and Carey began their pastoral ministry in 1982 as youth and associate pastor at Life Center in Tacoma, Washington with Fulton Buntain. During their eight years at Life Center, God used John and Carey to grow an influential youth ministry that impacted hundreds of high schoolers. In 1990 John and Carey became Lead Pastor of Westminister Assembly in Seattle, Washington. During the next eight years, God used them to revitalize an older and declining congregation and lead it into spiritual health and significant growth, as well as transform the church campus. During these years, John completed a Masters Degree in church leadership at the Assemblies of God Theological Seminary. Also at this time, for five years, John was an adjunct professor teaching pastoral leadership at Northwest University in Kirkland, Washington. In 1998 the Lord led John, Carey and their children to Kalispell, Montana to become the Lead Pastor of Christian Center. For the next thirteen years they led the church, and with God’s help, Christian Center grew significantly in size, spiritual maturity, and scope of ministry, and also successfully completed the construction of a major new church campus. John is currently on the Leadership Cabinet of the Assemblies of God with General Superintendent George Wood, as well as serving on the Board of Directors for the Assemblies of God Theological Seminary in Springfield, Missouri. Over the years Carey has successfully led iMpact girls ministry, women's ministry, prayer ministry, kid’s choir, musicals, mentoring, small groups, and marketing. The Lord has given John and Carey gift entrustments which include leadership, Biblical communication, administration, and a shepherd's heart. Their vision is to grow a church of fully devoted Christ-followers with major regional influence for the Kingdom. It’s their conviction that when a family of believers truly love God and love people – that the local church becomes the hope of the world. Now that the Lord has led John and Carey, and their family, to be the new Lead Pastor at CT in 2011, they are once again thrilled and filled with God’s vision for the future for this great family of believers!