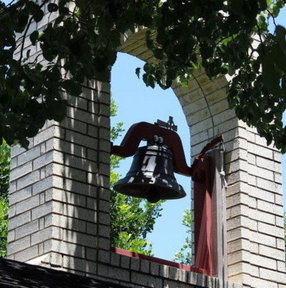 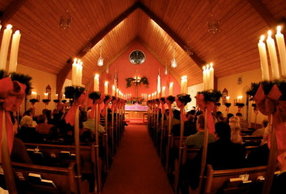 A “Three Streams” parish (meaning family), we blend the ancient and catholic with the Scriptural and Evangelical, as well as the powerful and Charismatic. We’re completely Anglican--from the old Latin term for “English” but unswervingly reliable, undeniably Christian and unquestionably welcoming.
Our Gospel is clear, challenging and applicable. Our Scripture is relevant, Life-giving and direct. And our Holy Ghost is completely empowering, pervasive and personal. You can find all three in every worship service, from our classical Mass, Compline or Evensong to our free-wheeling, Spirit-led Koinonia praise and worship gathering.
When you visit us, you’ll find a family of sinners saved by God’s Grace and mercy to us. Period. Honest folks finding the Way together. All of us are broken vessels following the Lord together, in community. Not perfect...just forgiven. We’re here for the Lord, and each other!
Here’s our “bottom line:” You can count on All Saints. We won’t compromise. Not our Gospel. Not our Scripture. Not our tradition. Not our mission. The Church is supposed to change the World, not vice versa. That’s what we do. Together. Day by day, hour by hour, minute by minute. Not trying to re-invent the Church, but trying to do what God’s Holy Church has done for centuries: be a light to a darkened world.
So, consider yourself invited. We’re looking forward to meeting you and sharing the good things the Lord has given us all! 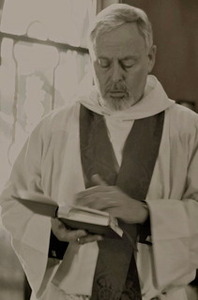 The San Antonio, Texas, native entered ministry as a deacon in November of 2002 at All Saints, he was priested in June of 2003 at St. Stephen in Athens, Texas, serving there as rector from September of 2003 until April of 2005 when he returned to All Saints. He's active in the San Antonio community, having been a guest columnist for San Antonio's only daily paper, the Express-News, as well as the weekly North San Antonio Times and monthly Christian Beacon newspapers. He served ecumenically with groups like National Day of Prayer, Global Day of Prayer, KSLR Radio, Christian Assistance Ministry, Daily Bread Ministries, Women's Prayer International and The Gathering ministerial association. A pastoral sponsor for San Antonio's Promise Keepers San Antonio conference, he's also a member of the Christian Motorcyclist's Association-Alamo Apostles chapter and rides with the Patriot Guard Riders, escorting fallen and wounded military and their families. A go-to spokesperson for Christian viewpoints on news, he has been sought for interviews several times in various media, speaking Biblically and directly on issues of our times. He has also served in national leadership, filling two terms on the Convocation of Anglicans in North America's (CANA) Executive Committee, and was a past president of the Society of St. Athanasius, a fellowship of Anglo-Catholic Christians. He currently serves as CANA's Western District dean of prayer and healing. Father Chip is characterized by his high-energy, uncompromising approach to every aspect of parish life, from formal liturgy to our contemporary praise band--The Praise Warriors--playing weekly at Koinonia. He loves to teach Scripture; his favorite quote from Martin Luther, who said, "Peace if possible, but Truth above all" speaks to His ministry of direct engagement. He is firmly committed to all Three Streams of Anglican spirituality--catholic, evangelical and charismatic. He loves the Lord and He loves His people. Our rector loves motorcycles, long-distance biking, physical fitness, hunting, fishing, and music. He's married to the former Christie L. Albrecht -- "Miss Christie," our parish "first lady."