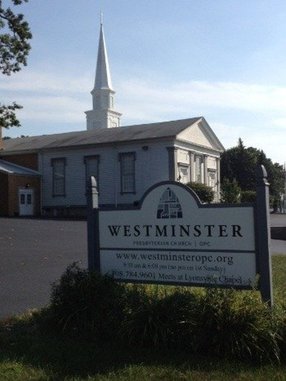 We are glad for this opportunity to present ourselves to you, and we very much hope you will come to one of our services so that we can get to know you face-to-face. Westminster is a congregation of people of all ages and various walks of life who are finding out just how good it is to be in a relationship with Jesus Christ. We are all imperfect people, and Westminster certainly is no perfect church. But since we are put right with God through Jesus' actions and not our own, we can admit our imperfections and accept each other as we are. Step by step, we are making our way by grace toward a celestial city that makes our dear Chicagoland at its best seem drab by comparison.

We have been a missions-oriented church across the decades, have supported numerous missionaries, and have seen some of our own people become missionaries and pastors across the country and different parts of the world. 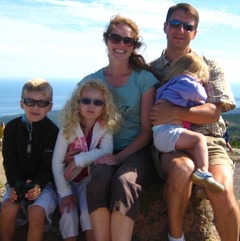 Our Pastor, Robert (Bob) Tarullo, grew up in Colonie, New York. The Lord led him to Christ during his senior year in high school. He moved to Beaver Falls, Pennsylvania in 1993 to attend Geneva College. Here he came to Reformed and Presbyterian convictions and joined Grace Orthodox Presbyterian Church in Sewickley, PA in 1995. After receiving a B.A. in Literature and Biblical Languages in 1997, he began his graduate pastoral and theological studies at the Reformed Presbyterian Theological Seminary in Pittsburgh. He was married to Sarah, whom he met in literature classes at Geneva, in 1998. See his essay on Geneva College and the OPC. During, and after his studies, Bob has served as a pastoral intern for two summers, Westminster OPC (summer of 1998) and Grace OPC (summer of 1999), and one year long (Grace OPC, again). Bob completed his seminary studies in 2000 with an M.Div., worked in the financial district of Pittsburgh, and, received a call to serve as pastor of Community Presbyterian Church (OPC) in Newtown, Conn. On February 29, 2004, he was ordained to the Gospel ministry by the laying on of the hands by the local presbytery of the OPC. Bob served Community OPC from March 2004 to July 2012. In August 2012, Bob joyfully began his ministry at Westminster. Bob and Sarah have 3 children: Nathaniel, Cairistiona, and Katerina. In addition to his pastoral ministry, Bob enjoys cycling, long walks with his wife, good movies, good food, a game of Settlers of Catan, building Legos with his son, and silly dancing with his daughters.