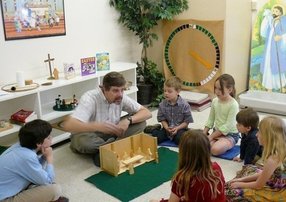 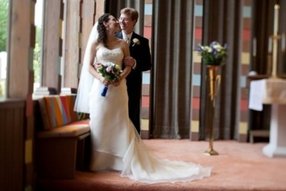 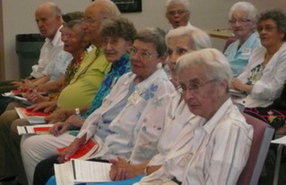 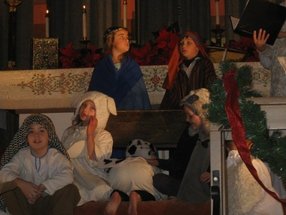 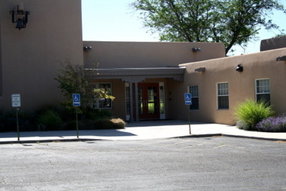 St. Mark’s is a faithful, progressive, and inclusive parish committed to building something beautiful for God in our neighborhood.

What is the community like?
We are an intergenerational faith family striving to know God and each other on a deeply spiritual level and to express that understanding in service to our neighborhood, our city, our nation and our world. We are casual in our dress; we use the more casual Rite II Holy Eucharist liturgy in our Worship; we affirm the dignity and presence of God in each one of us.

What if I'm not a Christian?
We do not expect or require you to check your intellect or questions at the door. We welcome all inquiring, open-minded spiritual seekers to come experience the presence of God and fellowship of God's people in our sacred space. We are, however, committed to the expression of Western Christianity in the Episcopal/Anglican tradition. 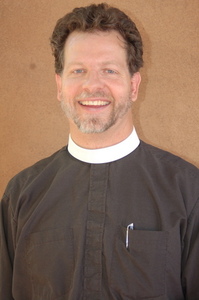 Fr. Christopher McLaren grew up in Medford, Oregon, and graduated from Willamette University in Salem, Oregon, in Humanities and Art History. He married the love of his life, Maren Christine Cole, on New Year’s Eve 1993 at St. Timothy's Episcopal Church in Salem, Oregon. Christopher and Maren enjoy the hilarious nature of family life with their three children. Upon graduating from the Seminary of the Southwest in Austin, Texas, Fr. Christopher served as Associate Rector, Priest-in-Charge, and eventually Rector of St. George’s New Orleans for a period of six years. After many joyful and interesting years in New Orleans, the McLaren family relocated Albuquerque from New Orleans after losing their home in Hurricane Katrina. Christopher served at St. Michael and All Angels as Associate Rector for five years. Fr. Christopher is thrilled to have been called as Rector of St. Mark’s on-the-Mesa, Albuquerque where he feels his many gifts for ministry and energy for nurturing strong communities of worship and learning are well matched. He hopes to shape a community that is faithful to the Christian tradition, progressive and open to all people, passionate about children and youth ministry, deeply relational, intellectually curious, and deeply engaged in service to the larger community. In his leisure time, Fr. Christopher enjoys good coffee, coaching soccer, gardening, beekeeping, fly fishing, reading, cooking, being with his kids, and exploring the outdoors.