"Standing On His Promises" Raleigh, NC 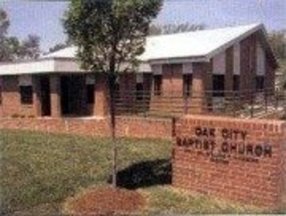 Our Mission...
To preach, teach and demonstrate the Word of God and the love of Jesus to all

Our Vision...
A church that worships God and serves as a vehicle for changing lives, spiritually birthing and nourishing Disciples of Christ

What if I'm not a Christian?
All are welcome to hear the word of God! 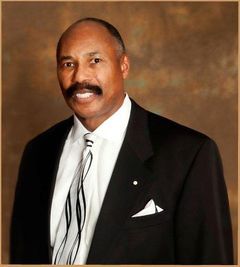 Reverend Dr. William T. Newkirk, Sr. William T. Newkirk, Sr. is a native of Rocky Point, North Carolina, and has lived in Raleigh, NC since 1981. He is the elder son of Mrs. Doris T. Newkirk, who resides in Rocky Point, NC. His wife is the former Catherine Delores White of Spring Lake, NC, and they are the parents of three adult children and four grandchildren. He has earned degrees from Saint Augustine's College, East Carolina University, Shaw University Divinity School, the University of North Carolina at Chapel Hill, and an honorary Doctor of Divinity Degree from Virginia University at Lynchburg. Dr. Newkirk was a professional educator for 32 years, before retiring in April, 2001. His former positions included serving as a Juvenile Counselor in Bronx New York; employment in public education, serving as a Federal Programs Director, an Assistant Superintendent, Associate Superintendent, and Interim Superintendent for a school district in North Carolina; Dean of Students at Saint Augustine's College, Raleigh, North Carolina; Division Director at the North Carolina Department of Public Instruction; and Associate Executive Director for the North Carolina Association of Educators, both of Raleigh, North Carolina. Dr. Newkirk has authored two books, and spent six weeks in Japan studying the Japanese culture as part of an education exchange program through the US Office of Education. He has been an ordained Baptist minister since September, 1983. He served as Pastor of the New Bethel Baptist Church in Clayton, NC for four years and has been serving in his present position as Pastor of the Oak City Baptist Church in Raleigh, North Carolina, for the past 22 years. Dr. Newkirk has served two terms as President of the National Alumni Association of Saint Augustine’s College. He is a member of the Board of Trustees for Saint Augustine’s College. He also serves as the Moderator of the Wake Missionary Baptist Association, Raleigh, NC.