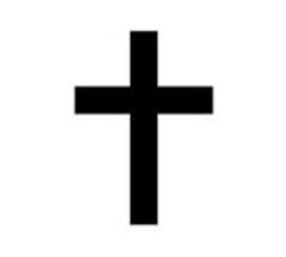 What are services like?
Very spirit-filled teaching of God's word through ministry

What is the community like?
residential; not far from businesses and main thoroughfare

What if I'm not a Christian?
Whosoever will, let him come!

Pastor David Bigsby was born in Marietta, Georgia on August 3, 1945. He began his Christian journey as a member of Hensley Temple where Bishop J.J. Hensley was Pastor. He attended Morehouse from 1963 to 1967. He entered the U.S. Army in 1967 and was promoted to the rank of Staff Sergeant before being honorably discharged in 1969 receiving a Bronze Star. He then married Gloria Knight in November of 1969 and from this union God blessed them with two children, Ingrid Nicole and David Maurice, and four grandchildren, Cole, Alex, Nicole and Noelle. Pastor Bigsby attended Northwest Missouri State University where he obtained his B.A. Degree in Psychology in August 1975 he also received his CLU from American College in 1979. In 1981, led of the Holy Spirit, Pastor Bigsby came to Calvary Baptist Church. He was to be the first seed of Calvary called into ministry under Pastor Manson, where he preached his first sermon on Thanksgiving morning 1985. He worked with the Pastor Support Ministry; he taught the new members class; and played a major role in the church's worship service. As God would have it, Pastor Bigsby served in the capacity of interim Pastor for a time, but in 1994, led by divine Providence, he prayerfully and modestly accepted the full mantle of Pastoral duties. Pastor Bigsby served as President of the South Suburban Action Conference, (until 2009) which is actively pursuing and involved in social, civic, and educational parity in the south suburbs, including such issues as the Third Airport in Peotone. More recently, he was elected Vice President of African American Leadership Commission, (AALC) a national organization dedicated to development of clergy in social justice advocacy. In July 2009, Pastor Bigsby was elected President of Gamaliel National Clergy Caucus (GNCC), and installed in December at ILA in St. Louis, MO. Most recently, he was elected to the board of directors of the Neighborhood Recovery Initiative and The Gamaliel Net Work in 2011.