Connecting people to God, each other, and the world. Saint Marys, GA 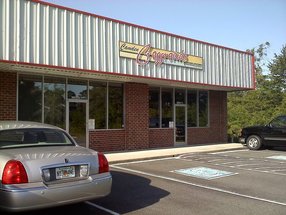 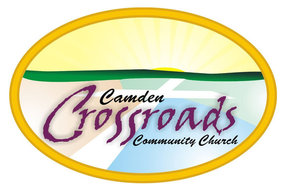 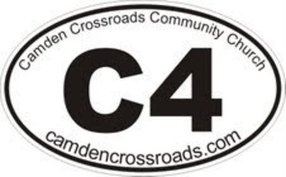 We would like to welcome you to the exciting and dynamic ministry of Camden Crossroads Community Church (C4) in St. Marys, GA.

We believe that becoming a part of a local church, such as C4, is not an optional part of living as a follower of Jesus Christ, but that it is absolutely essential.

We envision being a church that is, “Connecting people to God, each other, and the world.“
To God – through corporate worship and biblical preaching.
Each other – through community groups that divide and multiply.
The world - as authentic Christians participating in spreading the Gospel.

What are services like?
We believe C4 is a caring community of families devoted to growing closer to God and expressing kindness and compassion to all who attend. It’s a great place to connect with God even if you haven’t been to church in a while! You have to hear and see Pastor Ian first hand to really appreciate his energy and ability to make the Bible come alive. Expect to be inspired and refreshed by his passion and authenticity for God. Bring your Bible because that’s all he uses. Expect messages that relate to you, that encourage you to live a life fully devoted to God, and that challenge you to walk in truth. We look forward to having with us and allowing us to develop those relationships that are so vital to our walk with Christ!

What is the community like?
As soon as you walk in the door, expect to be warmly welcomed. We are regular people and want you to have an opportunity to connect with people who live in your neighborhood, work with you, or go to school with you. The atmosphere is warm and friendly at C4. Stop on your way in or out and grab a cup of coffee. Make new friends and chat with some old ones. Our music is a mixture of the old and the new, but the emphasis is always on the One we sing to.

What if I'm not a Christian?
You are absolutely welcome to join us! We're available to answer your questions and help you find out about our awesome God. 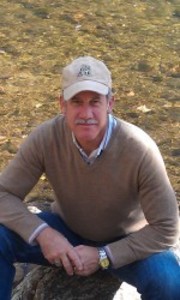 Pastor Ian accepted the church’s call to become its first pastor in August 2007. Born in Des Plaines, IL, Pastor Ian made his way south as quickly as he could. He moved to Rock Hill, South Carolina with his family in 1978 and graduated from Northwestern High School in 1981. While attending Winthrop College (now University), he made the decision to enlist in the United States Navy. After serving honorably for twenty-three years in the submarine community, he retired as a Master Chief Machinist’s Mate in September 2006. While in the Navy, Pastor Ian graduated from the Nuclear Power training pipeline as well as numerous technical and leadership schools. Additionally, Ian has an Associate’s Degree in General Studies, a B.A. and M.A in Pastoral Studies, a B.S. in Liberal Arts (emphasis in leadership, administration, and sociology), and a Doctor of Ministry degree in Pastoral Leadership. He is a trained biblical counselor with the National Association of Nouthetic Counselors. Pastor Ian is the Supervising Chaplain (Certified by the State of Georgia Peace Officer and Training Council) and a Reserve Police Officer for the St. Marys Police Department, is a Chaplain with the Southeast Georgia Health System – Camden Campus, is a certified Salvation Army Disaster Relief Volunteer, teaches inductive Bible study methods for In Worship Ministries, is a member of the EFCA Ministerial Association and the Georgia Sheriff’s Association Chaplain’s Division. He can be heard each day at 6:30 pm on the Lighthouse FM 89.3 for C4 Connections. Pastor Ian met Kari while attending Winthrop. They were married on May 17, 1986 (Kari’s birthday) in Orangeburg, SC and have lived, courtesy of the Navy, in Washington, Alabama, and Connecticut before moving to Georgia in 1994 to be stationed in Kings Bay. Ian and Kari live in St. Marys and have two children, Seth (22) and Amelia (18). Seth and Michelle were married on October 4, 2009 and live in St. Marys with Pastor Ian’s granddaughter Kinsey and their dog Klara. Amelia is a freshman at the College of Coastal Georgia.