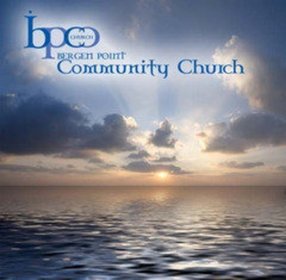 "The purpose of this union is to provide for the worship of Almighty God and instruction in the Christian religion by a United Congregation, and to enable these four churches to become a greater moral and spiritual force in the community, and greater influence for the interdenominational harmony in the entire city."

The church is a Protestant based fellowship with roots from the American Baptist, United Methodist, and Reformed Church of America. We are considered a community church because you may also join the church as a nondenominational Christian. Many members are from diverse Protestant as well as Roman Catholic backgrounds. Communion is open to anyone who believes Christ is their Savior.

What if I'm not a Christian?
The church is based on Jesus and our religious openness and ecumenical spirit. We continue to be deeply influenced by our religious tradition, but we are never bound by it. Our Service of Worship provides a warm and friendly atmosphere where individuals may freely worship God and feel at home, regardless of church membership or denominational affiliation. The Holy Spirit gives us gifts when we confess our faith, "Jesus is my Savior." Have a time to discern what gifts you have: wisdom, knowledge, faith, healing, miracles, prophecy, evangelist, discernment of spirit, tongues, teaching, ministry, exhortation, generousity and compassion. No matter what gifts a person has, each gift is given by the Holy Spirit. The Holy Spirit decides which gifts each one of us should have and gives these gifts as His will, not as our will. No christian should complain about his or her gifts, nor should any believer boast about his or her gifts. We are many members in one body, the church, ministering to each other. We are responsible to use and sharpen our gifts, but we cannot take credit for what God has freely given us. We are called for the good of the whole body and the effectiveness of its mission and witness in the world. 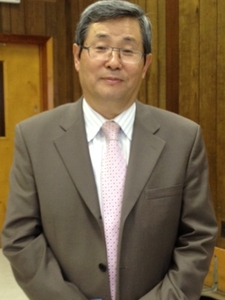 The Bergen Point Community Church Welcomes New Pastor Rev. Christopher Seog Ko is the newly appointed Methodist minister at the Bergen Point Community Church. The church is a Protestant-based fellowship with roots from the American Baptist, United Methodist, and Reformed Church of America. We are considered a community church because you may also join the church as a nondenominational Christian. Many members are from diverse Protestant as well as Roman Catholic backgrounds. Rev. Christopher Seog Ko and his wife, Yong Soon Ko, reside in New Jersey. She is a nurse practitioner employed at the Bergen Medical Center in Paramus, N.J. His son, Michael Ko, and his wife Sarah Barnhart live in Chicago with their 9-month-old daughter Zoey. Ko’s daughter Carol and her husband Calvin Kim reside in Edgewater, N.J. with their 2-week-old son, Adam. Rev. Ko, who just recently retired last year, has rejoined ministry again. Ko was appointed by the Bishop John Schol on October 1, 2012, at the Bergen Point Community Church. Most recently, Rev. Ko ministered at the Yobel United Methodist Church in Demarest, N.J. He served as pastor there for the past 13 years. This parish is a Korean/American congregation, which consists of mostly young people in their 40’s. The ministry of this congregation was to nurture their young people and community leaders. They also focused on missionary work, which consisted of two recent projects supporting churches around the world. The missions were implemented in Bolivia, where 10 members traveled this past summer for 10 days through La Paz City (meaning city of peace) and the big city of Santa Cruz. The parish also supports a soup kitchen in Paterson, N.J. every month in which the members worship and dine with the homeless. In 1981, Rev. Ko attended Drew University where he graduated with a Master of Divinity. In 1983, before graduation, Ko started a new congregation, Hope United Methodist Church in Dunellen N.J. where he pastored for eight years. From 1990 – 1994, he co-pastored the Monmouth Grace Church in Eatontown, N.J. In 1994, Ko served the Quakertown United Methodist Church in Hunterdon County for 4 years. Rev. Ko’s hobbies consist of book reading in English and Korean, listening to classical music, painting and lastly but not least running which led to his participation in his second marathon, a 26.2 mile run in Seoul, Korea. In this past year and short retirement, Rev. Ko took five months to travel around the world. He visited Korea, Cambodia, Vietnam, India, Bolivia, and Peru. It did not end there. He also traveled through Europe and had the great honor of attending the Opening Ceremony of the 2012 London Olympic Games. Ko stated that he had “the greatest opportunity to see different people, different religion and open his eyes to a world of different cultures.” His ministry is varied and impressive, and The Bergen Point Community Church is honored to have Rev. Ko serve as their spiritual leader. Church service is open to all whom believe Jesus Christ is their savior regardless of religious denomination. Please come worship with us Sunday Mornings at 11 a.m. Bergen Point Community Church, 68 West Fifth Street, Bayonne, N.J. 07002. www.bpcchurch.org.